UNCTAD/Kris Terauds
A man works in a cotton factory just outside of Johannesburg, South Africa.

With productivity-boosting measures, the African Continental Free Trade Area (AfCFTA) agreement could reduce poverty and inequality while spurring sustainable and inclusive growth, according to a report launched on Wednesday by the UN trade and development body, UNCTAD.

The Economic Development in Africa Report 2021, underscores the importance of  infrastructure financing that helps link up urban and rural areas, and equal access to opportunities and resources.

The free trade area, which began officially in January, is one of the flagship projects of the African Union’s Agenda 2063.

“The AfCFTA has immense potential to spur economic growth and transform the continent's development prospects if additional measures are taken to realize and fairly distribute its many potential benefits, as these gains will not come automatically”, said UNCTAD Secretary-General Rebeca Grynspan.

According to the report, only 17 out of 49 African countries have enjoyed inclusive growth. For 18 of the States remaining, growth has led to a reduction in poverty, but increased inequality, while the remaining 14 nations have suffered a lack of inclusion as well as widening inequality.

Africa’s unprecedented growth in the 2000s has not translated into significantly improved livelihoods for most Africans, as the income gap between rich and poor has widened, the report says.

About 34 per cent of African households live below the $1.90 per day international poverty line, and around 40 per cent of the total wealth is owned by approximately one ten-thousandth per cent of the continent’s population, according to the report.

Moreover, the COVID-19 pandemic, which has exacerbated inequalities and vulnerabilities of marginalized groups, resulted in an additional 37 million sub-Saharan Africans living in extreme poverty.

“Poverty and inequality are not inescapable. They are products of political choices and public policy”, said Ms. Grynspan.

Intra-African trade – currently at a low 14.4 per cent of total African exports – would benefit greatly from regional trade, the report finds.

The analysis illustrates that informal cross-border trade can account for up to 90 per cent of official trade flows in some countries and contribute to up to 40 per cent of total trade within regional economic communities. such as the Southern African Development Community (SADC).

It also functions as a booster for the poorest segment of the population and marginalized groups, such as many women workers and youth.

UNCTAD/Abrham Grizaw
Road freight is processed at a port in Addis Ababa, Ethiopia.

The report finds that Africa’s untapped export potential amounts to $21.9 billion, or 43 per cent of intra-African exports, with an additional $9.2 billion through partial tariff liberalization under the AfCFTA over the next five years.

And long-term cooperation in investment and competition policies will be essential to overcome market dominance by a few actors and reduce regulatory barriers to market entry, the report says.

Due to pandemic-induced border closures, vulnerable groups have lost savings and struggle to provide for their families: “Complementary measures to support women and young people in trade, small businesses and the least developed African countries are required to achieve a more inclusive AfCFTA”, said Wamkele Mene, Secretary-General of the AfCFTA Secretariat.

“This report will support African Governments and development partners to better leverage the AfCFTA to tackle both poverty and inequality to ensure the expected gains from free trade are more inclusive”, the UNCTAD chief said. 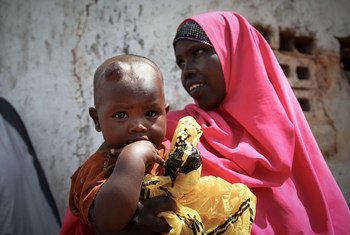 For two decades, the African Union (AU) has been “a gold standard of regional co-operation”, Secretary-General António Guterres told the fifth UN-AU Annual Conference on Wednesday in New York. 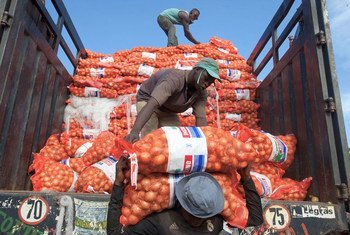 The UN Food and Agriculture Organization (FAO), together with the African Union (AU) Commission, launched a new continent-wide framework on Thursday, to boost trade and improve food security.