Deaths from tuberculosis – one of the top infectious killers in the world - have increased for the first time in a decade, as a direct result of the COVID-19 pandemic, the World Health Organization (WHO) said on Thursday.

New data from the UN health agency highlighted how years of global progress in tackling the preventable disease had been “reversed” since the pandemic overwhelmed health care systems in 2020, preventing vulnerable people from seeking help.

Lockdowns had also stymied many people’s access to essential health care services, WHO’s 2021 Global TB report insisted, before issuing the additional warning that the death toll from the disease “could be much higher in 2021 and 2022”, according to latest projections.

“This report confirms our fears that the disruption of essential health services due to the pandemic could start to unravel years of progress against tuberculosis,” said WHO Director-General, Tedros Adhanom Ghebreyesus. “This is alarming news that must serve as a global wake-up call to the urgent need for investments and innovation to close the gaps in diagnosis, treatment and care for the millions of people affected.”

Covering the response to the epidemic in 197 countries and areas, the TB report found that in 2020, some 1.5 million people died from TB in 2020 – more than in 2019.
This included 214,000 patients with HIV, the UN agency said, noting that the overall TB increase was mainly in 30 countries which include Angola, Indonesia, Pakistan, the Philippines and Zambia.

Because of the new coronavirus pandemic, “challenges” which made it impossible to provide and access essential TB services left many people undiagnosed in 2020.

In a worrying development, WHO noted that the number of people newly diagnosed people with the disease fell from 7.1 million in 2019 to 5.8 million in 2020, meaning that far fewer people were diagnosed, treated or provided with TB preventive treatment compared with 2019.

Overall spending on essential TB services also fell, WHO said, adding that the highest drop in TB notifications between 2019 and 2020 were India (down 41 per cent), Indonesia (14 per cent), the Philippines (12 per cent) and China (8 per cent).

“These and 12 other countries accounted for 93% of the total global drop in notifications,” said WHO.

Today, some 4.1 million people suffer from TB but have not been diagnosed with the disease or their status has not been reported to national authorities. This is up from 2.9 million in 2019.

The report’s recommendations include a call for countries to put in place urgent measures to restore access to essential TB services, a doubling of investment in TB research and innovation and concerted action across the health sector and others to address the social, environmental and economic causes of TB and its consequences.

Step up, urges WHO as figures reveal 1 in 4 adults don’t exercise enough

Progress against tuberculosis ‘at risk’: WHO 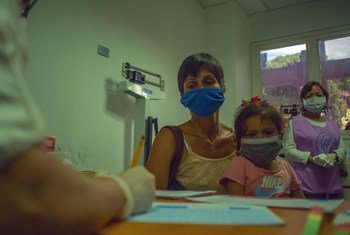 90 percent of countries’ health services continue to be disrupted by the COVID-19 pandemic: WHO

Over one year into the COVID-19 pandemic and 90% of countries are still reporting one or more disruptions to essential health services. The findings of the second World Health Organization (WHO) “pulse survey” reveal that no substantial global change has been made since the first survey was conducted in the summer of 2020. 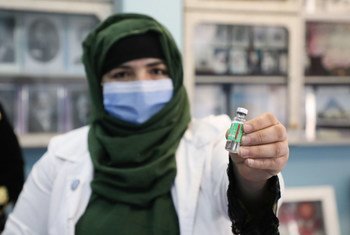