Human activity the common link between disasters around the world

Human activity the common link between disasters around the world

Disasters such as cyclones, floods, and droughts are more connected than we might think, and human activity is the common thread, a UN report released on Wednesday reveals.

The study from the UN University, the academic and research arm of the UN, looks at 10 different disasters that occurred in 2020 and 2021, and finds that, even though they occurred in very different locations and do not initially appear to have much in common, they are, in fact, interconnected.

A consequence of human influence

The study builds on the ground-breaking Intergovernmental Panel on Climate Change (IPCC) assessment released on 9 August, and based on improved data on historic heating, which showed that human influence has warmed the climate at a rate that is unprecedented in at least the last 2,000 years. António Guterres, the UN Secretary-General described the IPCC assessment as a “code red for humanity”.

Over the 2020-2021 period covered by the UN University, several record-breaking disasters took place, including the COVID-19 pandemic, a cold wave which crippled the US state of Texas, wildfires which destroyed almost 5 million acres of Amazon rainforest, and 9 heavy storms in Viet Nam - in the span of only 7 weeks.

Whilst these disasters occurred thousands of miles apart, the study shows how they are related to one another, and can have consequences for people living in distant places.

An example of this is the recent heatwave in the Arctic and cold wave in Texas. In 2020, the Arctic experienced unusually high air temperatures, and the second-lowest amount of sea ice cover on record.

This warm air destabilized the polar vortex, a spinning mass of cold air above the North Pole, allowing colder air to move southward into North America, contributing to the sub-zero temperatures in Texas, during which the power grid froze up, and 210 people died.

COVID and the Cyclone

Another example of the connections between disasters included in the study and the pandemic, is Cyclone Amphan, which struck the border region of India and Bangladesh.

In an area where almost 50 per cent of the population is living under the poverty line, the COVID-19 pandemic and subsequent lockdowns left many people without any way to make a living, including migrant workers who were forced to return to their home areas and were housed in cyclone shelters while under quarantine.

When the region was hit by Cyclone Amphan, many people, concerned over social distancing, hygiene and privacy, avoided the shelters and decided to weather the storm in unsecure locations. In the aftermath, there was a spike in COVID-19 cases, compounding the 100 fatalities directly caused by Amphan, which also caused damage in excess of 13 billion USD and displaced 4.9 million people.

The new report identifies three root causes that affected most of the events in the analysis: human-induced greenhouse gas emissions, insufficient disaster risk management, and undervaluing environmental costs and benefits in decision-making.

The first of these, human induced greenhouse gas emissions, is identified as one of the reasons why Texas experienced freezing temperatures, but these emissions also contribute to the formation of super cyclones such as Cyclone Amphan, on the other side of the world.

Insufficient disaster risk management, notes the study, was one of the reasons why Texas experienced such high losses of life and excessive infrastructure damage during the cold snap, and also contributed to the high losses caused by the Central Viet Nam floods.

The report also shows how the record rate of deforestation in the Amazon is linked to the high global demand for meat: this demand has led to an increase in the need for soy, which is used as animal feed for poultry. As a result, tracts of forest are being cut down.

“What we can learn from this report is that disasters we see happening around the world are much more interconnected than we may realize, and they are also connected to individual behaviour”, says one of the report’s authors, UNU scientist Jack O’Connor. “Our actions have consequences, for all of us,”

However, Mr. O’Connor is adamant that, just as the problems are interlinked, so are the solutions.

The report shows that cutting harmful greenhouse gas emissions can positively affect the outcome of many different types of disasters, prevent a further increase in the frequency and severity of hazards, and protect biodiversity and ecosystems. 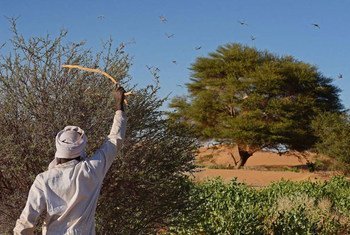 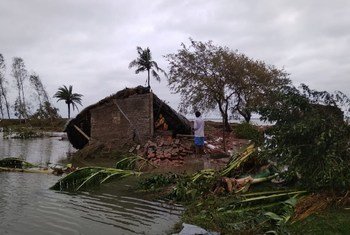