Ahead of the adoption of the Belarus resolution without a vote by the 47-member Human Rights Council in Geneva, the European Union - the main sponsor of both texts – highlighted reported ongoing violations in the east European State.

🔴The 46th session of the Human Rights Council has concluded.

Speaking on behalf of the EU, Permanent Representative of Portugal to the United Nations Office in Geneva, Rui Macieira, echoed UN condemnation of the use of force against peaceful protesters in mass demonstrations across the country, after the disputed re-election of President Alexander Lukashenko last August.

“(At the) last (Human Rights Council) session, we requested an urgent debate on Belarus and presented a resolution of the same title, because we were deeply concerned about serious human rights violations that occurred in the run-up to the 2020 Presidential election and in its aftermath.

“Since then, we have witnessed a continued massive crackdown on human rights and fundamental freedoms, such as freedom of peaceful assembly and association, freedom of expression and opinion and freedom of the media in Belarus.”

Rejecting the resolution – which passed with 20 votes for, 7 against and 20 abstentions - Belarus’s Ambassador, Yury Ambrazevic, said that the country regarded it “as yet another attempt to interfere in the domestic affairs of our State and we reject it. Our Government is not in agreement with subjective assessment and unfounded accusations that are contained in the resolution.”

“We understand that there were upheavals in some Belarusian cities with the purpose to counter and fight against the legally elected government and this was supported by some European Governments. This leads to the undermining of democratic processes”.

The development comes after UN Special Rapporteur on the situation of Human Rights Defenders Mary Lawlor spoke out against “an increasing crackdown against human rights defenders in Belarus”. 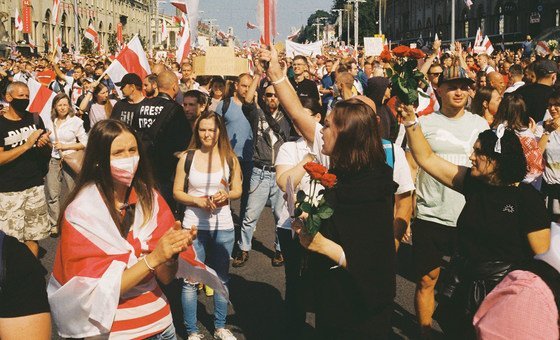 Protestors at the March of Peace and Independence in Minsk, Belarus (file photo)., by Unsplash/Andrew Keymaster

In an alert on Friday 19 March, the independent rights expert who reports to the Human Rights Council, cited two cases of suspected reprisals against individuals who had helped the United Nations in promoting and protecting the rights of people with disabilities.

During the Council’s current session, which ended on Wednesday, UN High Commissioner for Human Rights Michelle Bachelet described the post-election situation in Belarus as a “human rights crisis of unprecedented dimension”.

Addressing the forum on 25 February, Ms. Bachelet pointed to “numerous and widespread violations committed in the context of the election” including mass arbitrary arrests and detentions of people who organized or participated in largely peaceful protests…hundreds of allegations of torture and ill-treatment” and “harassment and intimidation targeting opposition members, journalists, human rights defenders and citizens in general”. 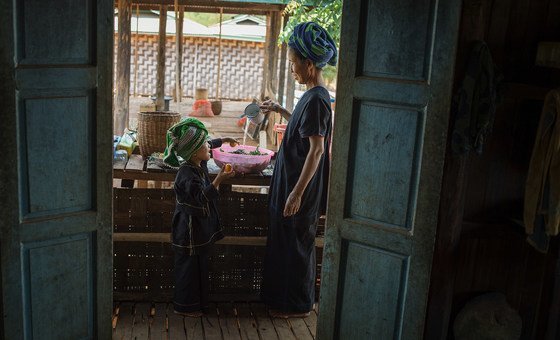 According to WFP, food prices have risen sharply since the start of the political crisis in Myanmar. Pictured here, a grandmother washes vegetables to prepare a meal at her home in the country’s Shan state. (file photo), by UNICEF/Kaung Htet

Introducing the resolution on Myanmar, which followed a call last Friday by UN Secretary-General António Guterres for “a firm, unified international response” to “end violations of fundamental human rights and return to the path of democracy” after the 1 February military coup, Ambassador Macieira maintained that the country’s de-facto rulers had “increased (their) brutal repression and must be held to account”.

He added: “They must stop the use of force and allow the population to exercise their rights. The EU calls on the military authorities to end the state of emergency and martial law and to restore the elected civilian Government. We call for the release of President Win Myint, State Counsellor Aung San Suu Kyi and those arbitrarily detained.”

According to the resolution, which was adopted without a vote, the Council reaffirms its “strong commitment to the sovereignty, political independence, territorial integrity, and unity of Myanmar.”

The 11-page document also promises continuing support for the Independent Investigative Mechanism for Myanmar – previously established by the Human Rights Council – “to collect, consolidate, preserve and analyse evidence of the most serious international crimes and violations of international law committed in Myanmar since 2011, in particular in Chin, Kachin, Kayin, Rakhine and Shan States”, with a view to a future prosecution.

Dismissing the resolution and a possible future prosecution by the International Criminal Court, Deputy Minister, Ministry of Foreign Affairs, Myanmar, Kyaw Myo Htut, said that his Government strongly rejected “any measure which could lead Myanmar to international judicial system and any judgement that could erode the ongoing domestic judicial mechanisms”.

“Our position is utterly clear relating to (the) ICC (International Criminal Court) as it shall not exercise the jurisdiction over Myanmar, a non-State Party to Rome Statute.”

♦ Receive daily updates directly in your inbox - Subscribe here to a topic.
♦ Download the UN News app for your iOS or Android devices.
belarus|Myanmar|human rights council 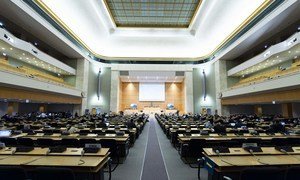 The United Nations Human Rights Council has been given a mandate to collect and preserve information and evidence of crimes related to Sri Lanka's 37-year long civil war that ended in 2009. 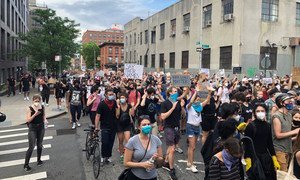