The political transition in Sudan is moving forward, though formation of the legislative council and other important milestones have yet to be achieved, the head of the new UN mission in the country told a virtual meeting of the Security Council on Tuesday.

Volker Perthes delivered his first briefing to ambassadors after five weeks at the helm of the UN Integrated Transition Assistance Mission in Sudan (UNITAMS), whose mandate includes supporting progress towards democratic governance.

The ongoing transition to democracy began following months of street protests which led to the overthrow of longstanding leader, President Omar Al-Bashir, in April 2019.

Last October, Sudanese authorities and several armed groups from Darfur signed an historic peace agreement to end decades of conflict. A new cabinet, announced in February, is built on power-sharing between civilians, the military and armed movements.

Mr. Perthes said the new Government has been able to agree on national priorities such as addressing socio-economic conditions, implementing the peace agreement and resuming negotiations with two non-signatories, and reforming the security sector.

However, formation of the Transitional Legislative Council, where women must represent at least 40 per cent of the 300 seats, remains outstanding.

“The swift formation of an inclusive and representative Legislative Council is indeed critical to broaden the support for the political transition.  There are fears that the gains achieved for women’s rights in the Constitutional Document, such as a Gender Commission to be established or the 40 per cent, might not be realized”, he said.

“And Sudanese youth have also expressed frustration over their lack of representation. I can only underscore that an inclusive political process, including all segments of Sudan’s diverse society throughout the political transition, is essential for the success of this transition.”

Kholood Khair, Managing Partner at a think tank in Sudan’s capital, Khartoum, outlined considerations for the UN mission’s engagement with the authorities, wondering how UNITAMS will build consensus but also manage “the very great expectations of both the Government and the public.”

She emphasized the importance of civil society as a “key partner” in the transition process, as it has played a continuous role in the country since before the revolution that led to the toppling of President Al-Bashir.

“I believe that in order to be effective and to aptly support the transition, and have the buy-in of civil society as a key transition partner, UNITAMS should consult regularly and meaningfully with different and diverse civil society actors, across the country in its planning and strategizing for its work during the transition”, she said.

UNITAMS follows on from a joint UN-African Union operation in the country, that protected hundreds of thousands of civilians displaced by the brutal fighting in Darfur.

That mission, known as UNAMID, ended in December, and complete withdrawal of all personnel is on track to meet a deadline of 30 June.  A skeleton team will stay on for the liquidation, which is estimated to take up to 12 to 18 months.  A police guard unit will also remain, though Sudan has primary responsibility for protecting UN premises during this period.

Atul Khare, UN Under-Secretary-General for Operational Support, said the already complex task of closing 15 bases and repatriating more than 7,000 peacekeepers and civilians has been made even more challenging as the Sudanese authorities recently requested a delay in the closure and handover of two team sites this month.

“We intend to respond positively to the Government’s request, particularly in order to facilitate a smooth handover”, Mr. Khare said, adding: “Nevertheless, I remain concerned about the continued presence of uniformed personnel in those two sites.” 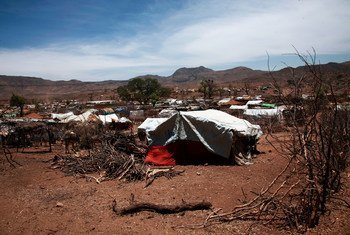