“An unknown number” of foreign nationals have died while being detained in squalid camps in Syria’s northeast, senior UN-appointed independent rights experts said on Monday.

Citing concerns for the wives and children of extremists who have been detained in these “squalid” camps in northeast Syria, 57 unnamed countries have been urged to repatriate their nationals immediately.

UN experts urge 57 States whose nationals are held in squalid camps in northeast #Syria to return them home without delay.They express serious concerns at the deteriorating security and humanitarian situation at the Al Hol and Roj camps.Learn more: https://t.co/PUzKSAuRFc pic.twitter.com/qn0szS7tuw

Leading the appeal, Fionnuala Ní Aoláin, Special Rapporteur on the promotion and protection of human rights while countering terrorism, said that many western Europeans countries could do more to bring them home.

“I think of the many grandmothers I have spoken to over the course of the last couple years, many of whom are literally watching their grandchildren starve on cellphones in western countries that refuse to return their mothers and children,” Ms. Ní Aoláin said.

At the Al-Hol camp – the largest camp for refugees and internally displaced people in Syria - more than 80 per cent of those being held are women and children, according to a statement released by Ms. Ní Aoláin and more than 20 other UN rights experts, who are appointed by Member States.

The situation is equally distressing in Roj camp, also in northeast Syria.

“Thousands of people held in the camps are exposed to violence, exploitation, abuse and deprivation in conditions and treatment that may well amount to torture or other cruel, inhuman or degrading treatment or punishment under international law, with no effective remedy at their disposal.”

“An unknown number have already died because of their conditions of detention,” the experts said in a statement.

Although some countries had managed to bring back their nationals, others had not, despite having “just a handful” of detainees in Syria, Ms. Ní Aoláin said.

She dismissed claims that cooperation was not possible with non-State armed groups – such as the Syrian Defence Forces (SDF) – to secure their release, along with suggestions that wealthy western countries lacked the resources to rehabilitate and reintegrate all those still being held in Syria.

“I would urge those countries to take back their nationals; the SDF, the ‘de facto’ authorities do not want these individuals in their camps, they are pleading for them to be taken home”, the Special Rapporteur said.

There was no reason but a lack of political will to explain why some countries with “just a handful” of detainees being held in Syria had not made more efforts to get them home, she said, adding that some States had been successful in liberating their nationals.

“We have other countries including the United States which has offered and supported many of these returns, we have many other countries willing to help. There is no viable excuse other than political will that explains the lack of returns in these places.”

The call for urgent action follows reports of increased violence in the camps since the start of the year.

Underlining Ms. Ní Aoláin’s warning that failing to help those languishing in the camps risked creating a new generation of extremists, the experts added that the sheer number of countries concerned “and the dire humanitarian conditions of the camps highlighted the need for collective, sustained and immediate action to prevent irreparable harm to the persons in vulnerable situations held there”.

The experts’ joint statement also expressed concern at a ‘data collection’ process that took place in the camps last July.

“Highly personal and unique data were gathered from women and children in conditions where consent could not be freely given, nor under circumstances in which it was clear whom would have access to those data, and how they might be used”, they said.

“We fear that this exercise was in fact aimed at identifying third country nationals who may pose a security risk, information that could be further communicated and used by States of origin, as a basis for deciding the further course of action for their nationals.

This could include trial and repatriation, or children’s separation from their families, including that of male children for further detention.”

Independent UN Special Rapporteurs are appointed by the Human Rights Council. They are not UN staff and do not receive a salary for their work. They are independent from any government or organization and serve in their individual capacity. 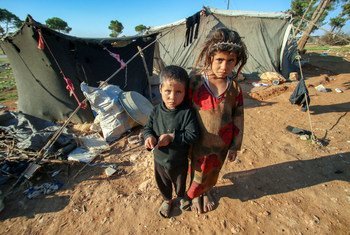 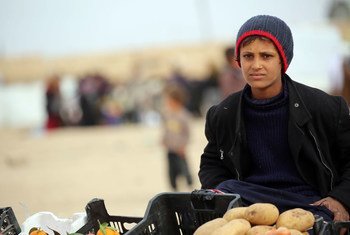