© UNICEF/Alessio Romenzi
A young child sits in a stroller in the annex of Al-Hol camp in northeast Syria.

Finland’s failure to repatriate its own child citizens held for years in camps under life-threating conditions in northeast Syria, is a violation of their rights, the UN Child Rights Committee (CRC) said in a ruling issued on Wednesday.

The CRC published its decision after considering a case filed on behalf of six Finnish children who were born in Syria, to parents who allegedly collaborated with the ISIL terrorist network, also known by the Arabic term Da’esh.

The continue to be held in the infamous Al-Hol camp, which is under the control of the Western-allied Syrian Democratic Forces (SDF), who are fighting for a federalized and democratic country in opposition to the Government in Damascus.

#CRC: #Finland’s failure to repatriate Finnish children who have been held in Syrian camps in life-threatening conditions violates their rights
👉https://t.co/5M2qYY7TS2 https://t.co/LdbLe6IOUt

“The situation of children in the camps has been widely reported as inhuman, lacking basic necessities including water, food and healthcare, and facing an imminent risk of death”, explained Committee member Ann Skelton.

Since family members took the case to the UN Committee in 2019, three of the children who were permitted to leave the Al-Hol camp on their own initiative with their mothers, eventually managed to reach Finland, according to a news release on the ruling.

The remaining three children, currently between five and six years old, are still detained in closed camps, in what is still in effect, a war zone.

“We call on Finland to take immediate and decisive action to preserve the lives of these children, and to bring them home to their families”, Ms. Skelton underscored.

The Committee found that Finland has the responsibility and power to protect their own nationals in the Syrian camps against an imminent risk to their lives, by taking action to repatriate them.

It further considered that their prolonged detention in life-threatening conditions amounts to inhuman and degrading treatment or punishment.

In the interim, while they remain in northeast Syria, it has asked Finland to take additional measures to mitigate their risks to life, survival and development.

This is the second time that the Committee has examined the situation of children in refugee camps in northern Syria.

Previously, it found violations of the child rights Convention in three cases filed against France by a group of French nationals, whose grandchildren, nieces and nephews, were being held under the control of Kurdish forces in the Rawj, Ayn Isa and Al-Hol camps.

Those cases concerned 49 children whose parents were alleged collaborating with the ISIL terrorist group.

Some were born in Syria, while others travelled there with their French parents at a very young age. 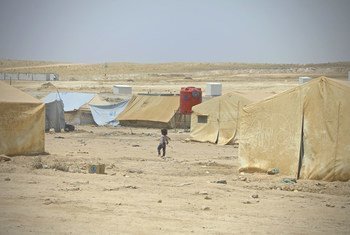 France has violated the rights of French children detained for years in camps in northeast Syria by failing to repatriate them, the UN Child Rights Committee said in findings issued on Thursday.