Attacks by armed groups in Mozambique’s Cabo Delgado, Nampula, Zambezia and Niassa provinces have displaced more than 530,000 people, many of whom have been forced to move multiple times, the UN refugee agency (UNHCR) said on Friday.

According to the agency, majority of the affected families have sought refuge in the safer southern districts of Cabo Delgado province, where around 90 per cent of those displaced are sheltered by host communities.

“The situation in Cabo Delgado is a protection crisis for more than half a million civilians on the run, with widespread reports of human rights abuses and disregard for international humanitarian law”, UNHCR spokesperson Babar Baloch said.

Access to some areas in the province remains limited due to violence, insecurity and the rainy season, with communities being cut off from basic services for months, he added.

More than 2,000 people have been killed since the conflict started in 2017. In the violence houses have been looted and burned, families separated and health centres and schools seriously damaged.

The affected provinces were already suffering high levels hunger and malnutrition. However, the situation has deteriorated rapidly, with over 900,000 people now facing crisis or emergency levels of food insecurity.

“There is serious indication that this crisis could spread beyond the country’s borders”, warned Mr. Baloch.

People have been forced to flee their homes with few possessions, in most cases without their identification and civil documents, further increasing their vulnerability, Mr. Baloch added.

The situation of women of girls is particularly concerning.

“Some women and girls have been abducted, forced into marriages, in some cases raped, or subjected to other forms of sexual violence. The displaced population remains significantly vulnerable to gender-based violence,” he said.

UN agencies on the ground have been supporting the affected communities and working to ensure that basic international humanitarian principles are upheld.

Amid growing needs, the UN and humanitarian partners in Mozambique launched, on Friday, an appeal for $254 million to provide vital assistance and protection to 1.1 million in the affected regions in 2021.

Myrta Kaulard, Humanitarian Coordinator for Mozambique, said that with needs rapidly rising, humanitarian actors urgently require more funding to scale-up their response across the northern provinces of the country.

“We count on the support of the international community to provide timely funding to ensure that people fleeing violence can access much-needed relief”, she added. 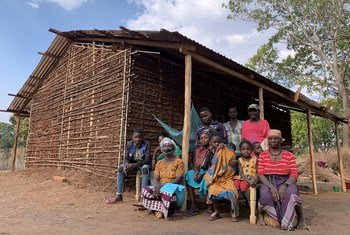 There is increasing concern about the worsening security situation in Cabo Delgado province in northern Mozambique, which the UN High Commissioner for Human Rights described on Friday as “desperate”.