The UN on Wednesday announced that agreement has been reached with the Ethiopian Government to allow “unimpeded, sustained and secure access” for humanitarian supplies to reach those in need across areas now under its control in Tigray.

Confirming details of the deal at UN Headquarters in New York, Spokesperson Stéphane Dujarric said that the safe passage of aid supplies and staff also extends to the Ethiopian regions of Amhara and Afar, bordering Tigray, where fighting between federal and regional forces, has impacted hundreds of thousands amidst an overall population of six million in Tigray, during the past month of hostilities.

Until now, no supplies have been allowed into the conflict zone, which has displaced thousands, many across the border into Sudan.

UN humanitarian coordination office (OCHA) spokesperson based in Nairobi, Saviano Abreu, told local reporters earlier that the first mission to carry out a needs assessment would begin on Wednesday.

He added that the UN was committed to engaging with “all parties to the conflict” and ensuring that aid was distributed “strictly based on needs”.

Mr. Dujarric said that all aid distribution would be carried out “in compliance with the globally-agreed principles of humanity, impartiality, independence and neutrality. This includes working to ensure that people impacted by the conflict are assisted without distinction of any kind other than the urgency of their needs.”

Many Ethiopians have also been internally displaced from Tigray, seeking refuge in Afar and Amhara, and the UN needs assessment would aim to reach those affected by the conflict, added Mr. Dujarric.

On Monday, the UN refugee agency (UNHCR) appealed to Ethiopia for urgent access to assist around 96,000 Eritrean refugees in Tigray camps, who it was estimated had essentially run out of food.

Spokesperson in Geneva, Babar Baloch, said concerns were growing “by the hour, with “hunger and malnutrition a real danger”.

Communications to the Tigray region continue to be severed, along with transportation routes, and the Ethiopian Prime Minister, Abiy Ahmed, has reportedly rejected dialogue with Tigray’s regional leaders who are said to be on the run, after the regional capital was entered by federal forces last weekend.

The UN estimates that some two million are now in need of assistance in and around Tigray and some one million have been displaced by the fighting, including more than 45,000 who have fled across the border into Sudan. 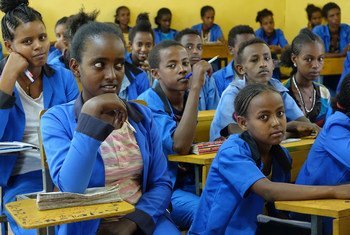 The UN refugee agency, UNHCR, appealed to Ethiopia on Tuesday for urgent access to 96,000 Eritrean refugees in Ethiopia’s Tigray region, saying the month-long conflict in Tigray had left them without vital supplies. 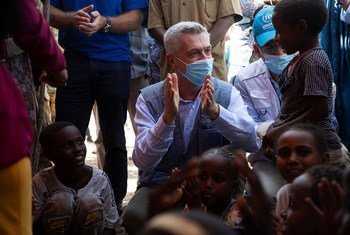