The killing of an Afro-Brazilian man, and the widespread outrage it has sparked, underscores the urgent need for the Government to tackle racism and racial discrimination in South America’s largest country, the UN human rights office, OHCHR, said on Tuesday.

João Alberto Silveira Freitas was beaten to death by two private security guards outside a Carrefour supermarket in the southern city of Porto Alegre last Thursday, the eve of Black Consciousness Day in Brazil.

🇧🇷 The killing of João Alberto Silveira Freitas – an Afro-descendent beaten to death by 2 private security guards on the eve of #BlackConsciousness Day – is an extreme but sadly all too common example of the violence suffered by Black people in #Brazil 👉 https://t.co/syA03dBnDm pic.twitter.com/hXzEvdoqw7

Ravina Shamdasani, a spokesperson with OHCHR in Geneva, described the attack as a “deplorable act” which should be condemned by everyone.

Ms. Shamdasani said the incident was “an extreme but sadly all too common example of the violence suffered by Black people in Brazil”, and  “offers a stark illustration of the persistent structural discrimination and racism” faced by citizens of African descent.

“The structural racism, discrimination and violence that people of African descent face in Brazil is documented by official data, which indicates that the number of Afro-Brazilian victims of homicide is disproportionately higher than other groups”, she added.

“Data also shows that Afro-Brazilians, including women, are over-represented in the prison population in the country.”

Protests have erupted across Brazil in the wake of the killing and an investigation is currently underway.

The UN human rights office stressed that the probe should be prompt, thorough, independent, impartial and transparent.  Whether racial bias was a factor should also be examined, which in turn should be a consideration in efforts to ensure justice, truth, as well as redress.

“We also call on the authorities to investigate any allegations of unnecessary and disproportionate use of force against people protesting peacefully following Silveira Freitas’s death and hold those responsible to account”, said Ms. Shamdasani.

“This case and the widespread outrage that it has sparked highlight the urgent need for the Brazilian authorities to tackle racism and racial discrimination in close coordination with all groups of society, especially those who are most affected.”

Like many countries in the Americas, Brazil was part of the Transatlantic slave trade, which lasted for more than 400 years.

The UN’s Remember Slavery programme called it “one of the darkest chapters in human history”, with more than 15 million people forcibly transferred from Africa.

The legacy of the past is still present in Brazilian society as in other countries, Ms. Shamdasani told journalists.

“Black Brazilians endure structural and institutional racism, exclusion, marginalization and violence, with – in many cases – lethal consequences.  Afro-Brazilians are excluded and almost invisible from decision-making structures and institutions,” she stated.

The UN human rights office underlined that Government officials in Brazil have a particular responsibility to acknowledge the persisting racism in the country, calling this the “first essential step” towards resolving the problem.

OHCHR has recommended urgent reforms of laws, institutions and policies, including affirmative action, while deeply engrained racial stereotypes –  including among officials in the police and the judiciary – must be tackled.

Additionally, the Brazilian authorities must also intensify human rights education to promote better understanding of the root causes of racism, the UN rights office advises. They also must take greater action to encourage respect for diversity and multiculturalism, which in turn will promote deeper knowledge of Afro-Brazilian culture, history and contributions to society.

Meanwhile, Brazil’s business community has a responsibility to respect human rights throughout the economic system.

OHCHR pointed out that Carrefour is a member of the UN Global Compact, a network of companies committed to supporting UN goals, and has reportedly terminated its agreement with the private security company.

“Carrefour should explain if, and how, it had assessed human rights risks associated with contracting the company and what steps it had taken to mitigate such risks with a view to preventing a tragedy like this,” said Ms. Shamdasani.

UN chief ‘profoundly concerned’ over rise in violence against Asians 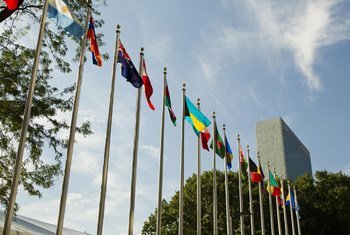 UN holds dialogues to examine racism in its ranks

In an address on Thursday at an event for UN staff, Secretary-General António Guterres underscored the need to confront racism within the world body, initiating a series of discussions on the subject. 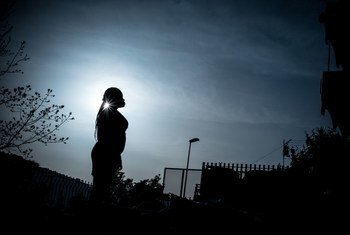