Thousands of people continue to be killed and injured every year by landmines and explosive weapons in conflicts around the world, while the COVID-19 pandemic has forced mine-clearance efforts to be scaled back, a  UN-backed civil society report on the issue said on Thursday.

According to the Landmine Monitor 2020, more than 80 per cent of the world – 164 countries – have adopted the Mine Ban Treaty 23 years after it was drafted and signed, and most of the 33 countries that are not bound by it, comply nonetheless.

Despite this achievement, long-running conflicts continue to cause mainly civilian casualties, while other dangers requiring action include the new use of improvised landmines by non-State armed groups and a decrease in global mine action assistance.

For 2019, “we recorded about 2,200 people killed of those 5,545 casualties overall”, said Loren Persi, Landmine Monitor 2020 Impact research team leader from The International Campaign to Ban Landmines/Cluster Munition Coalition (ICBL-CMC), at a virtual press conference moderated by the UN Institute for Disarmament Research (UNIDIR) in Geneva.

Mr. Persi added that the ratio of people killed to injured, indicated very clearly “that there were many, many more casualties and that people who were injured by landmines and explosive remnants of war are not being recorded adequately in many countries where there are conflicts”.

Most casualties are civilians, in part because they lack the access to emergency assistance that military targets have at their disposal, and men make up more than eight in 10 victims, journalists heard.

“Seven years ago, we reached an all-time low in new landmine casualties”, said Mr. Persi. “But this achievement has overturned, and we are seeing heightened numbers of civilians killed and wounded. Appallingly, nearly half of all these casualties are children. We need to act now to reverse this trend, to save lives, and to address the trauma and suffering with much needed assistance.”

Although landmine awareness-raising schemes are a proven way of keeping communities safe, accidents involving civilians are frequently linked to the need to work or find food, said Ruth Bottomley, Monitor research specialist and expert on contamination, clearance and risk education.

Her comments coincide with data from the Monitor showing that 2019 also saw a reduction in global funding for mine action, with 45 donors and affected States contributing approximately $650 million, a seven per cent decrease from 2018.

“Men have always been one of the hardest groups for us education operators to reach, partly because they are often away from home and out of the community”, focusing on making a living, she said.

“But also because those livelihood activities often take them into mined areas, so for example through agriculture, forestry, hunting; and they are also more likely to take intentional risks.”

Despite some improvements in providing services for victims of landmines -  improvised or not - or unexploded ordnance by some States Parties, the Monitor noted that “accessibility gaps remained in all countries”.

UNMAS/Gwenn Dubourthoumieu
A deminer undergoing training in the Democratic Republic of the Congo.

The COVID-19 pandemic and related movement restrictions had also prevented survivors and other persons with disabilities from accessing services in a number of mine-affected countries, it added, noting also that children represented 43 per cent of civilian casualties.

“Conflict is ongoing in several State parties, so Afghanistan, Yemen, Ukraine, and this is also hampering our clearance efforts,” added Ms. Bottomley. There is new contamination which is adding to the problem and also making it more difficult to estimate that amount of contamination. So, in Yemen, they have not been able to do that for the last two years and they’re hoping to be able to better survey some of these areas, but there’s still lack of access”.

In the last year, the only confirmed use of antipersonnel landmines by State forces was by Myanmar, according to the Monitor. “They have been using every single year in the 22 years that the Monitor has been reporting, so that is not surprising they continue to, but they’re now alone in their desire to continue to use this weapon on a regular basis,” said Stephen Goose, Director of Human Rights Watch’s Arms Division.

More worrying are numerous allegations of landmines use by non-State armed groups “in about a dozen other countries”, Mr. Goose added.

“We haven’t been able to confirm in any of these countries, but the fact that there are that many allegations out there continue to be a disturbing factor,” he added.

On a more positive note, the Monitor highlighted that the vast destruction of antipersonnel mine stocks “continues to be one of the great successes” of the Mine Ban Treaty.

More than 55 million stockpiled antipersonnel mines have been destroyed to date, including more than 269,000 destroyed in 2019.

♦ Receive daily updates directly in your inbox - Subscribe here to a topic.
♦ Download the UN News app for your iOS or Android devices.
landmines|disarmament 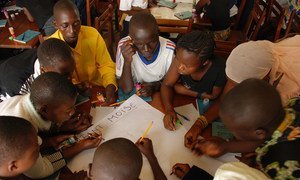 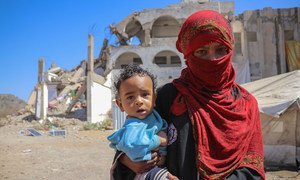