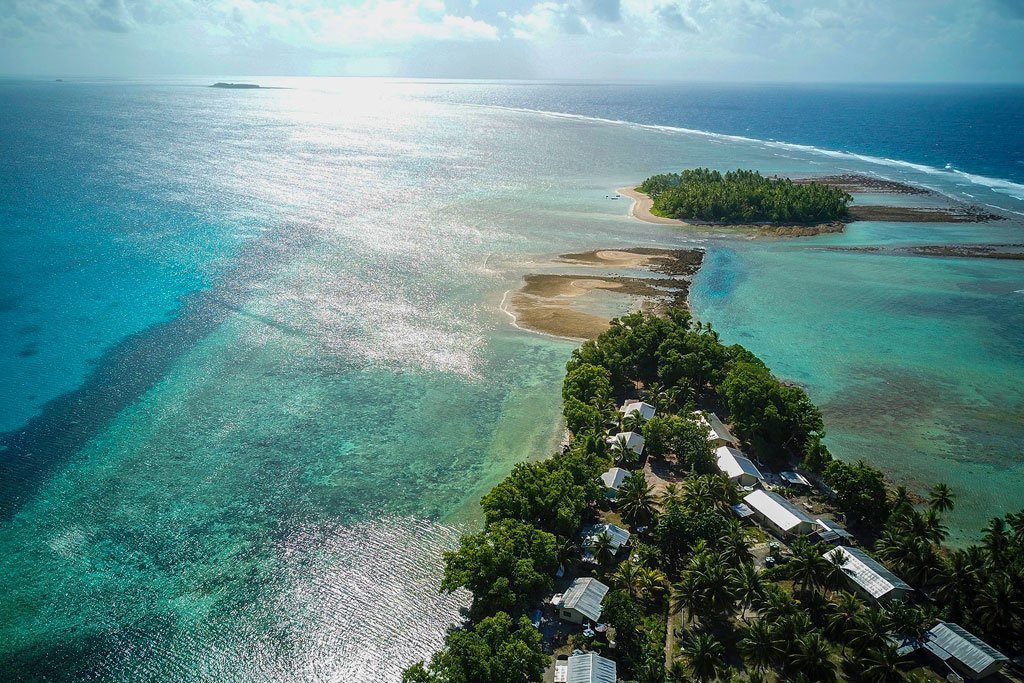 Facing constant threats from climate change and wary of the possible spread of COVID-19 to their shores, Pacific Island leaders on Friday touted their own environmental action plans and called for more aggressive climate action from other nations, including rapid shifts toward clean energy.

“All countries and peoples are in a global war against climate change. We have witnessed deadly fires in the US, typhoons in the Caribbean and in the Pacific, and floods in Asia. It is a war that we can win, but we must be much more aggressive in combatting it,’ David Panuelo, President of the Federated States of Micronesia, the first of several Pacific Island leaders to speak today, said in a pre-recorded address.

Indeed, coal and natural gas are unsustainable solutions for the environment and are harmful to both economic growth and equality of opportunity.

“If our world is to fulfill its commitments under the Paris Agreement, all nations must make a unified and global effort,” President Panuelo said, noting that, for example, through the Montreal Protocol, some 98 per cent  of ozone depleting substances have been phased out by the global community.

He went on to explain that Micronesia’s exposure to the Pacific Ocean carries risks beyond climate change. According to a report by the World Economic Forum, he said, by 2050 there may be more plastics than fish in our oceans.

“As such, in February 2020, he had signed legislation into public law which bans the importation of Styrofoam and one-time-use plastics into Micronesia. Further, over the next five years, Micronesia would partner with the Blue Prosperity Coalition to seek to protect 30 per cent of its ocean’s Exclusive Economic Zone by 2030.

“Micronesia is thus taking actions today for our ocean’s prosperity tomorrow. I urge all peoples and nations to join our efforts. We cannot allow COVID-19 to halt efforts such as the Post-2020 Biodiversity Framework or the intergovernmental negotiations on the Biodiversity Beyond National Jurisdiction (BBNJ) instrumentation,” he stated.

For his part, Kausea Natano, the Prime Minister of Tuvalu, said that while is island nation was still COVID-19 free, “the ripple effects of this deadliest virus has come at a huge cost to our economy. Unemployment in our fisheries and tourism sectors has soared and remittances dropped significantly. Food security was affected as supply chains were disrupted.”

“Covid-19 has significantly disrupted economies and societies right across the world. Indeed, [it] has reshaped the contours of the normal way of things, placing us on a ‘new normal’. Therefore, we must not only think outside the box, but we must also work outside the box,” he explained.

And with that in mind, Prime Minister Natano said the United Nations and its Member States must work collaboratively to build back better countries and economies that are inclusive and leave no one behind; protect the health and wellbeing of all; preserve natural and marine environments; are low emissions and climate smart; and build resilience to future crises.

He stressed that the shared prosperity and security of “our Blue Pacific” can only safely exist if the international community pursues efforts to limit global warming to 1.5 Celsius. The transformation and investment response to the COVID-19 pandemic must also serve to build our resilience to the impacts of climate change.

“If we failed this, then we are putting additional debt into our already exhausted capacities, which can further exacerbate climate crises going forward,” he said, calling for stronger political will form all countries towards full implementation of the Paris Agreement, the SAMOA Pathway for small island developing States, and the Istanbul Plan of Action for landlocked developing States.

In his virtual address, Taneti Maamau, President and Minister for Foreign Affairs and Immigration of Kiribati, said that of ‘great importance to Kiribati and our Blue Pacific is without question, the alarming dilemma of our present time, climate change.

To this end, his Government continues to implement critical projects to build resilience, including the Peacebuilding Fund’s climate security project, which he launched in Kiribati earlier this month.

“In solidarity with our Pacific Islands Forum family, we also remain committed to securing our maritime boundaries, amid the impacts of climate change. This is a matter of sovereignty,” he added.

“While COVID-19 is our immediate crisis, we must continue to work on the other challenges that confront us all, in particular climate change, the single greatest threat to the livelihood, security and wellbeing of the Pacific and its peoples,” he said, recalling the Kainaki II Declaration in 2019 adopted by leaders at the end of the 50th Pacific Islands Forum, and the 2018 Boe Declaration, on security in the Pacific.

Next up, James Marape, Prime Minister of Papua New Guinea, said that to protect his country and people from the spread of the coronavirus, his Government had acted early and fast, putting in place the necessary preventive measures in policy and law, including passing a National Pandemic Act, to deal with COVID-19 and similar outbreaks in the future.

“This has cushioned us against the loss of lives, with just six so far,” he said, adding that Papua New Guinea was also working successfully at the regional level with the Pacific Islands Forum to curb the spread of teh disease. Nevertheless, the net effect of the pandemic had resulted in job losses, export and other revenue losses, and stalled development activities.

“Unless and until an effective vaccine is developed and made available to use, the health threats of COVID-19 cannot be underestimated,” warned Prime Minister Marape, and stressed that any approved vaccine must be considered a “public good” and be made widely available for the benefit of all.

As a maritime nation, Papua New Guinea, stressed its Prime Minister, gives high priority to the protection of the maritime and fisheries sector, which represents a quarter of the annual budget and employs 80 per cent women, especially in the canneries of the tuna.

In support of this sector, the Government launched in July 2020 its very first National Oceans Policy 2020-2030, to ensure that the oceans, seas and their resources are correctly and sustainably coordinated, managed, protected, governed and used.

Finally, on Friday, Pohiva Tu’i’onetoa, Prime Minister and Minister for Public Enterprises of Tonga said that while small island developing States, including his own, contribute to no more than one per cent of global greenhouse gas emissions, “it is unfortunate that we continue to bear the brunt of this climate injustice.”

As a result, Pacific Island countries continue to be imperiled by destructive tropical cyclones of unprecedented magnitude. The most recent had been Tropical Cyclone Harold in April of this year, which wreaked havoc on four Pacific Island nations, namely, Fiji, Solomon Islands, Vanuatu, as well as Tonga, he said “and this is while we grapple with the distressing effect of the COVID-19 outbreak.”

At the same time, he said that while 2020 was marked as the ‘Year of Delivery’ for powering Tonga’s sustainable development through the attainment of 50 per cent renewable energy penetration, project delays and the sudden halt to the market supply chains caused by the global pandemic, had led to a major disruption in efforts to achieve that target.

“However, agreements have been signed for grant funding, by way of public-private partnership and the fervent support of our development partners, will continue to drive Tonga’s Sustainable Development Goal 7 (SDG 7) objectives,” he said, citing his country’s push towards solar, wind and battery energy and other innovative technologies.

He went on to say that Tonga was also pressing ahead with its work towards achieving SDG 14 (conservation and sustainable use of the ocean) through, among others, measures taken to establish Special Management Areas (SMAs) initiatives, and the implementation of the Tonga Marine Spatial Planning Project.

“We cannot overemphasize the urgency for action to protect and sustainably use the world’s ocean, seas and marine resources,” the Prime Minister said, but stressed that relevant actions could only be meaningful and effective if derived from science-based and innovative information and data.

As such, Tonga supported the UN Decade of Ocean Science for Sustainable Development 2021 – 2030, which provides an overarching framework that will allow ocean science to support countries in their sustainable development of the ocean.

♦ Receive daily updates directly in your inbox - Subscribe here to a topic.
♦ Download the UN News app for your iOS or Android devices.
climage change|UNGA75|General Assembly