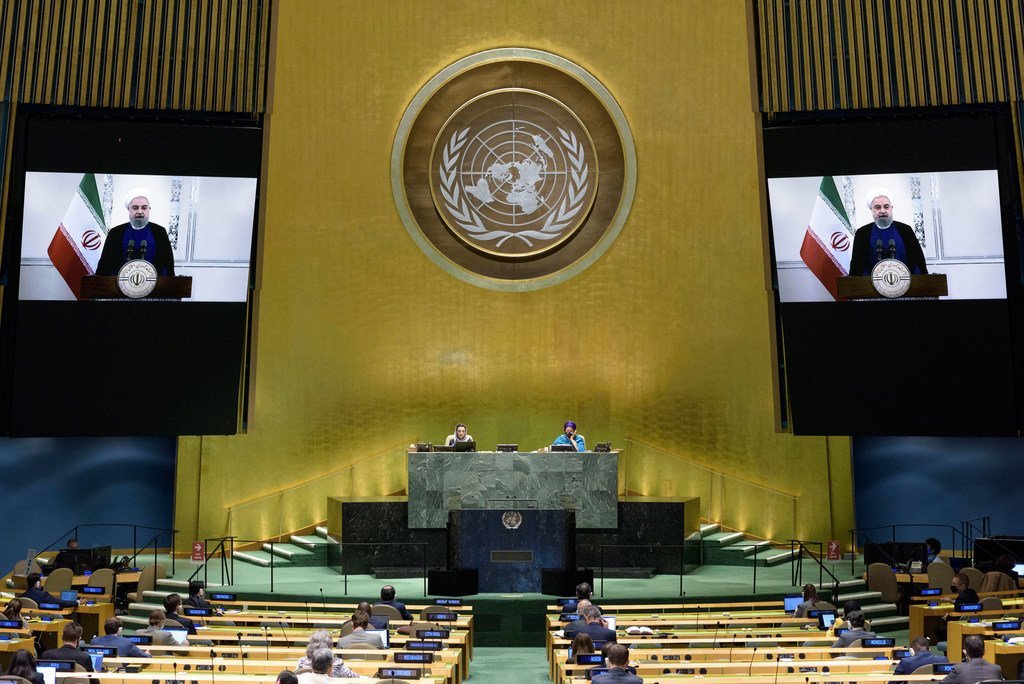 Iran is not a “bargaining chip” to be factored into elections and domestic policy in the United States, the country’s President, Hassan Rouhani has said, stressing that the overall era of dominance and hegemony by a few world powers is “long over.”

Addressing world leaders at the UN General Assembly’s annual debate, the Iranian leader highlighted the 2015 Joint Comprehensive Programme of Action (JCPOA) as one of the “biggest accomplishments” in the history of diplomacy, adding that his country had remained faithful to the agreement in spite of what he termed persistent violations by the US.

President Rouhani denounced baseless allegations against his country as well as the “unlawful” attempts by the US to “exploit” the Security Council and Resolution 2231.

“I should express our appreciation to the presidents of the Security Council for the months of August and September 2020, as well as to thirteen of its members – especially Russia and China – who twice said a decisive and resounding ‘NO’ to the unlawful US attempt to exploit the Council and its Resolution 2231,” he said, adding:

“This is a victory not just for Iran, but for the global community – during the transitional international order in the post-Western world – that an aspirant of hegemony is humiliated in such self-created isolation.”

Life hard under sanctions, but harder without independence

President Rouhani spoke of the challenges Iranians are facing due to the COVID-19 pandemic, with the added impact of sanctions imposed on Iran, in violation of the UN Charter and international agreements.

“Life is hard under sanctions. However, harder, is life without independence”, he said, underscoring that the dignity and prosperity of Iran are essential for its people.

“We are not a bargaining chip in US elections and domestic policy. Any US administration after the upcoming elections will have no choice but to surrender to the resilience of the Iranian nation”, President Rouhani said.

“And for the world: Today is the time to say ‘no’ to bullying and arrogance. The era of dominance and hegemony is long over. Our nations and children deserve a better and safer world based on the rule of law. Now is the time for the right choice.”

♦ Receive daily updates directly in your inbox - Subscribe here to a topic.
♦ Download the UN News app for your iOS or Android devices.
UNGA75|iran