Tourism is Hawaii’s biggest industry, with some 10 million visitors to the lslands ever year. But that has all changed since the COVID-19 pandemic, and many businesses on the archipelago have been forced to shut down for good, according to a helicopter pilot who flies pleasure trips for tourists.

Eli Hobbs is the Chief Pilot for Jack Harter Helicopters based on the Hawaiian island of Kauai. He spoke to UN News as part of the International Labour Organization’s photography project “Dignity at Work: The American Experience”.

“When Hawaii went into lockdown due to the COVID-19 pandemic in the middle of March, our activities were totally shut down. Obviously, tourists stopped coming to Hawaii and specifically to Kauai island where we operate, so there was literally no one to take on our helicopter tours. At peak times we would normally operate 24 tours a day; in the last five months we have flown a total of two.

We also have government contracts, flying workers to remote parts of the island, where they carry out trail and campsite maintenance as well as monitoring of the local ecosystems. Initially, there was confusion as to whether these people were essential workers, so that work dried up as well, but recently it started picking again and I have been flying an average of one hour a day.

The view from a helicopter trip over Kauai. Tourism is suffering in Hawaii, as the pilot of this chopper explained to UN News: https://t.co/pzV2q1ztlZ pic.twitter.com/wXdzcHfQKU

We have obviously made changes in the way we work adopting all the recommended protocols like cleaning and disinfecting our workplaces as well as wearing masks while we work.

As a company we tried to look at different scenarios as to how we could respond to the lockdown and maintain the business but there was so much that was out of our control, that it became extremely difficult to plan for the future.

Tourism across Hawaii has been hugely impacted and in many ways we are amongst the luckier companies as elsewhere many people have lost their jobs and companies have collapsed. I’m thankful to the owners of Jack Harter Helicopters for deciding to keep the company going and supporting the employees.

There have definitely been times when I have felt helpless in the face of what was going on around me, but I decided I needed to act. I spent time researching the grants and loans that were available to the company. I collaborated with team members and we decided on a plan which we took to the owners; they then applied for this financial aid and this has clearly helped the company to survive during a period when no revenue was coming in. Colleagues were also able to claim unemployment benefits, and I have sought to reassure those colleagues about the future. So, in terms of tourism companies ours is the best-case scenario.

On a personal level, I and my wife Stephanie, who also works for the company and who like me is a pilot, have been pinching every penny. We managed to reduce our mortgage, pay off our car loan before the pandemic and have been paying down our college loans, so financially we were in a better position than before; without that we would have been very stressed.

I have tried to keep busy and have rewritten our company manuals and protocols. I have also focused on personal growth and have learnt some new practical skills from YouTube like installing a shower and building wooden bannisters for the house.  I have been studying the real estate business as I recognize that diversification is important, that if tourism and the helicopter tours do not take off again then I will need another way of making a living. This is true for the company as well; perhaps we need to diversify into other markets by seeking out government contracts on the mainland.

Considering plans ‘b’ and ‘c’

I’ve realized that I respond well in crisis situations, that I don’t give up. My wife and I agreed we wouldn’t lie down and let this pandemic beat us, so, in that sense, we are fighters. That is not to say that we don’t have freak-out moments about the future.  It helps, of course, living on a beautiful island with lots of space, so when we are going through a rough patch, we can go out for a walk and relax; I imagine it would be more stressful living in a city right now.

I’m not that optimistic about the future at the moment, even though we have started operating again. I’m doubtful we will see tourists back in Hawaii until at least next year and probably only once a vaccine is developed. Kauai island has had very few COVID-19 cases, under 100, so I wouldn’t mind betting that we won’t be first in line to receive the vaccine once it is developed.

I know some people who have had to sell their house and leave as they just couldn’t survive in Hawaii without working. They couldn’t wait for the economy to turn around. I definitely want to stay in Kauai and contribute to the future of island. In a year’s time, I’m hoping we will still have our heads above water, but my wife and I are always thinking of a plan b and plan c”. 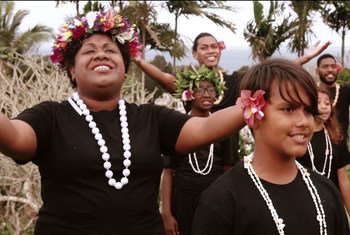 Virtual Concert unites Pacific with the world in battling COVID-19

The first-of-its-kind televised and digitally streamed Pacific Unite: Saving Lives Together concert called on regional leaders and citizens to unite in the global fight against COVID-19, the United Nations said on Saturday. 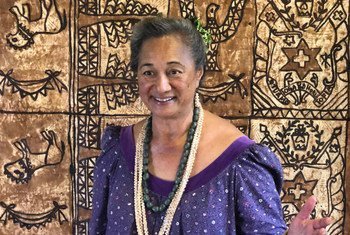 Sabra Kauka is a cultural practitioner and teaches Hawaiian Studies at the Island School on the island of Kauai, in Hawaii, while acting as a coordinator for the Department of Education. As the daughter of an army officer, she spent much of her youth living overseas, but “felt the call to come home” to Hawaii as an adult after reading a newspaper article which highlighted the poor standard of living for indigenous Hawaiians in Hawaii.