Ken Rubin is a professor of volcanology and geochemistry specializing in volcanoes and sea level change. Based in the Department of Earth Sciences at the University of Hawaii, he travels the world to observe active and dormant volcanoes, both on the land and beneath the sea.

“In my work, I look at specifically at how volcanic eruptions impact populations. It doesn't have to be human populations; it could be marine communities that live in and around the submarine volcanoes.

When I'm studying volcanoes on land, I focus mostly on understanding how frequently events happen and what hazards people face. Up until maybe a thousand years ago, humans were much more tuned into their environment and tended to stay away from the most dangerous places like volcanic areas, but it's our modern mentality that we can tame anything. So, we encroach much more closely on very dangerous environments.

This whole area that we're standing in was inundated in the 1940s by a tsunami created by a big earthquake in Alaska. It's part of the reason why this coastline is now protected and there are no buildings. A tsunami event like that only happens every several decades; the last one was in 1964 and we haven't had a big one since.

Living and working on an island, you understand quickly that there's a lot of reliance on the nearshore environment as a resource for marine life and the protection of the coastlines. A healthy coral ecosystem, for example, helps to protect coastlines from events like tsunamis.

There's a legacy of people treating everything below the waterline with less direct regard than what is above water; for instance, the dumping of all types of trash. I do a fair amount of work in the submarine environment in manned submersibles and there are places around Hawaii that we can't go because of thousands of unexploded bombs and strings of bullets.

The damaging effects of human activity

.@kenhrubin is a volcanologist at Hawaii's @UH_EarthScience. He spoke to @UN News about the impact of #climatechange on volcanic activity. Full story here: https://t.co/ALbGSIIP34 CC: @ilo4USA pic.twitter.com/Jn3EZPRQCA

The way I like to think about climate change is to recognize that the planet has been changing ever since it formed and that the climate fluctuates over different time scales. So, there's a long-term time scale, which has to do with the what we call the rock cycle, the forming of materials on the land and their subsequent breakdown which affects the carbon dioxide (CO2) in the atmosphere. So, over the course of Earth history, CO2 levels have naturally been slowly going down.

Then we have factors like how the Earth orbits the sun which affects the cycles of ice ages and warm periods such as the warm period that we're in now.

And there's of course the shorter-term damaging human-produced or anthropogenic effects resulting from human activity which picked up pace following the industrial revolution.

There's always been a certain amount of volcanism. It waxes and wanes and affects climate in both positive and negative ways in terms of temperatures. Volcanoes can inject aerosols into the upper atmosphere which reflect light and can cause planetary cooling, rather than warming. But, it's really only the very big eruptions, the sort which occur once or twice a century, that have any kind of measurable impact on climate.

Mount Pinatubo in the Philippines erupted in 1991 and caused a couple years of cooling afterwards which gave a lot of fuel to the anthropogenic climate naysayer types because they said, “look it's getting cool.” In Hawaii, our eruptions aren't so violent and don’t cause the same effect. But when volcanoes erupt in a big way, they affect climate in one place or another for a brief period of time.

What volcano eruptions mean collectively is the outgassing of the interior of the Earth which brings a lot of CO2 and water to the surface; those are the two things that modulate our atmosphere and temperature patterns. If we didn't have water vapour and CO2 in our atmosphere, if we didn't have the greenhouse effect, we wouldn't be able to live here. That atmosphere is provided by volcanism. 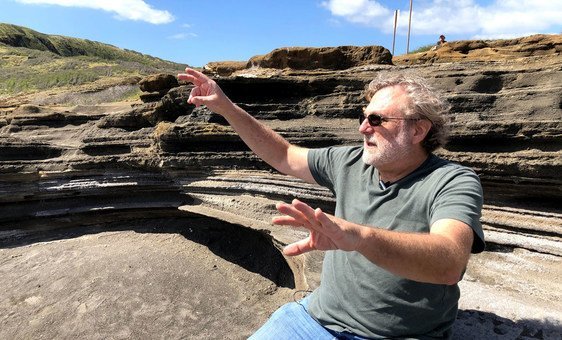 I'm looking specifically at the period after the last ice age, when we had a 140-metre sea level rise over about ten thousand years. It was the last period in our history where we had sea-level change of the magnitude we predict for the next several hundred years.

Climate change can also have an impact on volcanic activity, although we have to look at this from a geologists’ timeframe. In Iceland after the ice age, when the glaciers started to retreat, the amount of volcanism increased dramatically, but it didn't happen right away. It took several thousand years.

So, I wouldn't want to go out on a limb and say there's going to be more volcanism in a hundred or a thousand years as the full effects of anthropogenic climate change are felt, but that's what we would predict based on our observations from the past.

I would say that in all the myriad ways that anthropogenic climate change is going to affect us, volcanism is pretty far down the list of things we need to worry about. But it is one of the reasons why we like to study volcanic cycles.”

♦ Receive daily updates directly in your inbox - Subscribe here to a topic.
♦ Download the UN News app for your iOS or Android devices.
Hawaii|volcano|climate 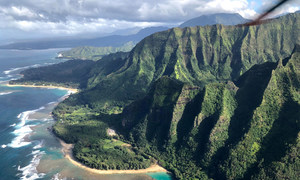 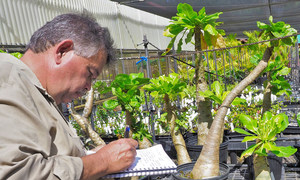