© UNICEF/Shiraaz Mohamed
Children wear masks at a pre-school in Johannesburg, South Africa, during the COVID-19 outbreak.

A senior World Health Organization (WHO) official on Monday, called for the question of school reopenings to be included as part of comprehensive, data-driven COVID-19 public health strategies, and not a politically-driven decision-making process.

Responding to questions from reporters at the regular WHO press briefing in Geneva, Dr. Michael Ryan, Executive Director of the WHO Health Emergencies Programme, said “we can’t play Whack-a-mole. We need to be able to walk and chew gum at the same time”.

The senior official said that the topic of school reopenings has become a “political football”, which is not fair on children: “decisions must be made on data, and an understanding of the risks. There needs to be a sustained commitment on suppressing the virus. If we can suppress it, then, schools can open safely.”

No lack of focus, despite US withdrawal

Responding to a question on the United States Government’s decision to begin formal withdrawal from the WHO, Dr. Ryan said that the UN health agency was focused on “controlling the pandemic, reducing mortality and suppressing transmission”.

WHO is also, he said, dealing with many other situations, including health crises in Syria and Yemen, and Ebola and plague outbreaks in the Democratic Republic of the Congo. Despite the US withdrawal, Dr. Ryan expressed his hope that the Organization would be able to continue to collaborate with US-based colleagues over the coming years.

‘No return to the old normal’: Tedros

In his press statement, Tedros Adhanom Ghebreyesus, the head of WHO, also called for coherent, data-driven strategies that avoid the need to constantly switch from lockdown to reopening, and control the spread of the virus.

Tedros warned that there will be “no return to the ‘old normal’ for the foreseeable future”, but that it is possible for countries to suppress the pandemic, allowing people to get on with their lives, as long as governments focus on reducing mortality and transmission; empower communities to take appropriate action; and show leadership.

The WHO chief said that national responses to the virus, have fallen into four different categories. The first comprises countries that responded rapidly to the initial cases, were “alert and aware”, communicated effectively to their citizens, and avoided large outbreaks, said the WHO chief. Examples of these countries can be found in the vast Mekong region of east Asia, the Pacific, the Caribbean and Africa.

The second category of country, many of which are in Europe, initially saw major outbreaks, but managed to bring them under control, on a “data-driven, step-by-step basis, with a comprehensive public health approach, backed by a strong health workforce, and community buy-in”.

These countries are on the right track, and show that it’s never too late to bring the virus under control, said Tedros, but too many are still headed in the wrong direction, sending out mixed messages that undermines public trust.

They include countries in the third category – which initially overcame the first peak of the outbreak, but then eased up only to face new peaks – and the fourth category, currently seen in the Americas, South Asia and several African countries, which are still in the “intense transmission phase” of their outbreak.

However, even for these countries, said the UN health chief, it is never too late to take decisive action, by implementing the basics and delivering clear public health messages, accelerating the science, finding joint solutions, and working in a spirit of solidarity. 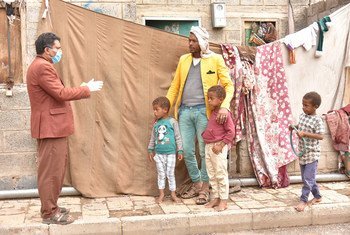 COVID-19 cases globally have more than doubled in the past six weeks, reaching 12 million on Friday, the World Health Organization (WHO) has reported. 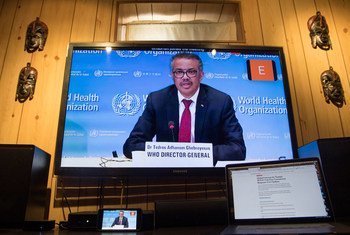 The head of the World Health Organization (WHO) on Wednesday upheld the importance of international solidarity in tackling the COVID-19 pandemic: a “dangerous enemy” to all humanity.