© UNICEF
Volunteers teach people living in settlements, in Sana'a, Yemen, instructing them on social distancing and other preventative measure against COVID-19.

COVID-19 cases globally have more than doubled in the past six weeks, reaching 12 million on Friday, the World Health Organization (WHO) has reported.

“Across all walks of life, we are all being tested to the limit”, agency chief Tedros Adhanom Ghebreyesus told journalists, adding that there is still a lot of work to be done.

“From countries where there is exponential growth, to places that are loosening restrictions and now starting to see cases rise. We need leadership, community participation and collective solidarity. Only aggressive action combined with national unity and global solidarity can turn this pandemic around”, he said.

Believe in yourself - you're more powerful than your tobacco addiction. Speak to Florence, WHO's digital health worker for advice on how to quit tobacco today. It's time to say #NoTobacco 🚭👉https://t.co/vuaYKHBa8z pic.twitter.com/UH7XCKRtt4

Tedros cited examples from across the globe which show that even where the outbreak has been intense, it can still be brought under control.

“And some of these examples are Italy, Spain and South Korea, and even in Dharavi – a densely packed area in the megacity of Mumbai – a strong focus on community engagement and the basics of testing, tracing, isolating and treating all those that are sick is key to breaking the chains of transmission and suppressing the virus”, he said.

WHO has consistently advised countries coming out of lockdowns to remain vigilant.

Dr. Michael Ryan, Executive Director, said that advice includes opening up slowly and in phases, waiting between each stage, “and to accept the fact that in our current situation, it is very unlikely that we can eradicate or eliminate this virus.”

He pointed out that even in countries that have achieved zero cases of COVID-19, or near zero cases, the disease has resurfaced.

The world’s first digital health worker is ready to help millions of people quit smoking and reduce the risk of being infected by COVID-19.

“Florence” is the computer-generated face of the Access Initiative for Quitting Tobacco, announced on Friday by WHO and partners.

Smokers are at higher risk of COVID-19 because they are constantly putting their hands to their mouths.

If infected, they are more likely to develop a severe case of the disease, according to Dr. Ruediger Krech, Director of WHO’s Department of Ethics and Social Determinants of Health.

“That’s why, at the moment, we know that 680 million people want to quit smoking, and we know that 400 million will try to stop smoking: and that’s the good news”, he said.

“With today’s initiative, we hope that we will be successful in really helping 20 million to succeed in this.”

Florence is available 24/7 via video stream or text. She was created with technology developed by Soul Machines, a company based in the United States and New Zealand, with support from Amazon Web Services and Google Cloud.

The initiative will be launched initially in Jordan, with global roll-out scheduled over the coming months.

An Independent Panel for Pandemic Preparedness and Response (IPPR) has been established to evaluate the world’s response to the COVID-19 pandemic.

WHO Member States meeting in May, adopted a landmark resolution that called on the UN agency to initiate an independent and comprehensive evaluation of lessons learned from the international health response to the crisis.

The IPPR will be led by two co-chairs: Helen Clark, former Prime Minister of New Zealand and a past head of the UN Development Programme (UNDP), and Ellen Johnson Sirleaf, former President of Liberia and a Nobel Peace Prize winner.

Operating independently, they will choose other members of the panel, whose size has yet to be determined.

The co-chairs will also select members of an independent secretariat that will support the panel. 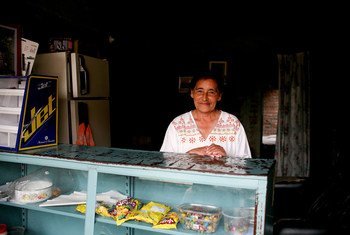 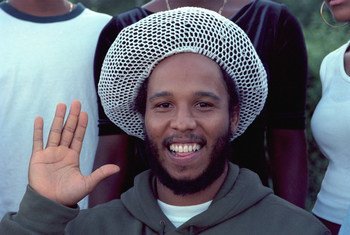 The iconic Bob Marley song One Love is to be re-released with the blessing of the musician’s family to support children whose lives have been upended by COVID-19, the UN said on Thursday.