The decision, announced on Thursday by US Secretary of State Mike Pompeo, national security adviser, Robert O’Brien, defence secretary, Mark Esper and attorney general, William Barr, targets ICC officials investigating war crimes allegedly committed in Afghanistan by all sides, including the US, and will also see visa restrictions imposed on their families.

The ICC investigation, given the green light to proceed in March, will be led by ICC Prosecutor Fatou Bensouda, who made the request to to the ICC’s Pre-Trial Chamber in November 2017.

Mr. Kwon affirmed the independence and impartiality of the Court, which Mr. Barr questioned during Thursday’s presentation, during which he reportedly referred to the ICC as “little more than a political tool employed by unaccountable international elites”.

The Court, said Mr. Kwon, operates under a system called the Rome Statute, which recognizes that States have primary jurisdiction, when it comes to the investigation and prosecution of atrocity crimes: the ICC, he explained, is a court of last resort, and complementary to national jurisdictions.

He added that the Court, and the Assembly of States Parties, have embarked on a review, aimed at strengthening the Rome Statute, and ensuring effective and efficient accountability for atrocity crimes.

Impact on investigations and trials

The Office of the High Commissioner for Human Rights (OHCHR), also expressed regret at the US decision on Thursday, with spokesperson Rupert Colville telling reporters at a briefing in Geneva that they would have an impact on investigations and trials underway in the ICC.

“The independence of the ICC and its ability to operate without interference has to be guaranteed”, he said, “so that it can decide matters without any improper influences, inducements, pressures, threats or interferences, direct or indirect, from any quarter or for any reason”.

Mr. Colville added that “victims of gross human rights violations and serious violations of international humanitarian law and their families have the right to redress and to the truth”.

ICC at 20: Five things you should know about the International Criminal Court 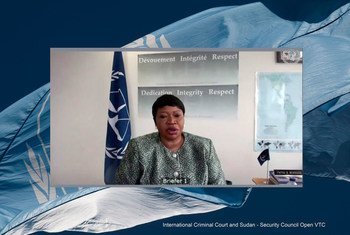 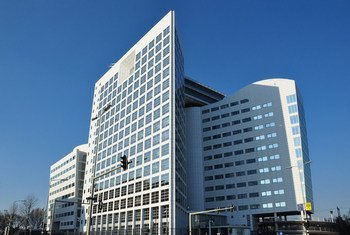