Fatou Bensouda acknowledged that, more than year after Al-Bashir’s ouster, the authorities in Khartoum have their hands full with competing priorities, including the COVID-19 pandemic, as they steer the nation towards a more democratic future.

But she told the 15-member Council via video-teleconference on Wednesday, that meeting the Sudanese people’s legitimate demands for justice, remains at the forefront.

Justice ‘too elusive, for too long’

“Justice for Darfur has already been too elusive for too long.  It is past time for that unsatisfactory state of affairs to change”, she said.  “A window of opportunity has been opened.  We must collectively seize it.  Let us act together to finally bring justice to the victims in Darfur.”

During the Darfur conflict between the Government, its militia allies and rebel groups, which began in 2003, some 300,000 people were killed and 2.7 million others forced from their homes, according to UN estimates.

Ms. Bensouda briefed the Council a day after alleged Janjaweed commander Ali Muhammad Ali Abd–Al-Rahman – also known as Ali Kushayb, and wanted by the ICC for war crimes and crimes against humanity – surrendered to the authorities in Central African Republic and was then transferred to the Court’s custody.

ICC warrants remain outstanding for Mr. Al-Bashir - who is serving a two-year prison sentence in Sudan for corruption - and three others, two of whom are in Sudanese custody pending domestic charges.

The former president became the first head of State to be indicted by the ICC when it issued two arrest warrants – one in 2009 and the other in 2010 - for him to face trial in The Hague.

The Council referred the situation in Darfur to the ICC 15 years ago through resolution 1593, following an international commission of inquiry into allegations of genocide in the Sudanese region.

Ms. Bensouda expressed optimism that the ongoing transitional process in Sudan – and peace talks underway in Juba between the Government and rebel groups - augers well for prospects to finally achieve justice for Darfur victims.

She appealed to the Council to encourage the military and civilian governing coalition in Khartoum to widen lines of communication with her Office, ramp up cooperation with her team and grant investigators access to Sudanese territory.

Besides Mr. Al-Bashir, the ICC is seeking the arrest and transfer into its custody of Abdel Raheem Hussein and Ahmad Harun, both of whom are believed to be in detention in Khartoum.

Ms. Bensouda expressed concern that both men have reportedly come down with the COVID-19 virus, adding that she trusts that adequate steps are being taken to attend to their health behind bars.

The whereabouts of another suspect, Abdallah Banda, is unknown.

Sudan is not a party to the Rome Statute that established the ICC, but the Prosecutor stressed that - pursuant to resolution 1593 (2005) and subsequent orders from ICC judges - Sudan has an international legal duty to turn over all ICC suspects in its custody without delay.

Looking to the Council

“At times like these, more than ever, the Sudanese people look to this Council and the international community for tangible support and encouragement to forge ahead with their efforts to find lasting peace – of which justice and accountability are essential components,” she said.

Mr. Kushayb is the first major figure to be handed over to the ICC over atrocities in Darfur.  UN human rights chief Michelle Bachelet  hailed his surrender as an “extremely significant development”.

Ms. Bensouda’s semi-annual briefing came on the heels of the Council’s decision on 4 June to extend the deployment of the African Union-United Nations peacekeeping mission in Darfur (UNAMID) and set out the parameters for a follow-on mission from 1 January 2020. 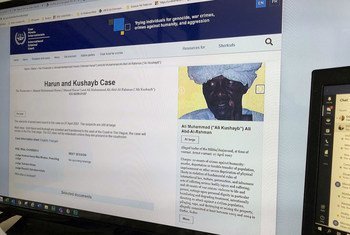 The arrest of Ali Muhammad Ali Abd–Al-Rahman, commonly known as Ali Kushayb, an alleged former Janjaweed militia leader in the restive Darfur region of Sudan, has been hailed by the UN High Commissioner for Human Rights, as an “extremely significant development”. 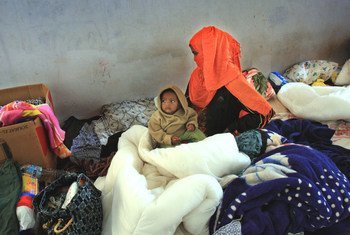