A campaign to eradicate illegal drugs in the Philippines that began in 2016 has led to the killing of at least 8,600 people but the real figure could be three times that number, the UN human rights office, OHCHR, said on Thursday. In a report citing “near-impunity” for the killings, which have continued along with other alleged abuses during the COVID-19 pandemic, the UN office noted that the High Commissioner for Human Rights stood ready to assist “credible efforts towards accountability”, both nationally and internationally.

“The Philippines faces major challenges – structural poverty, inequality, armed conflict, frequent natural disasters, and now the COVID-19 crisis”, Michelle Bachelet said in a statement, adding that it was “vital the Government’s responses be grounded in human-rights approaches…Unfortunately, the report has documented deep-seated impunity for serious human rights violations, and victims have been deprived of justice for the killings of their loved ones. Their testimonies are heartbreaking.”

According to the report - mandated by the Human Rights Council in Geneva in 2019 amid widespread international concern - police forces received a “command circular” containing terminology referring to the “negation” and “neutralization” of drug suspects, echoing pledges made by President Rodrigo Duterte.

“This ominous-sounding language was never really defined in this command circular, but this language, coupled with verbal encouragement at the highest level of government for police to kill drug suspects, may have been interpreted as permission to kill”, co-author Ravina Shamdasani said.

She noted that raids on private households were routinely carried out without warrants, while police reports where alleged drug suspects had been killed, shared “very similar

language”, raising the question whether they had been completed “pro forma”, rather than describing operations as they really happened.

Ms. Shamdasani also highlighted police claims of “self-defence” after it was found that officers “repeatedly recovered guns bearing the same serial numbers from different victims in different locations”, suggesting some victims were unarmed at the time of their killing.

Arrests of suspected drug offenders have also contributed to a 534 per cent prison congestion rate – among the highest in the world, the UN report noted.

Among Government proposals are extensions to the length of time individuals can be held for questioning without warrant, from three days to potentially more than three weeks.

“This new proposed anti-terrorism law makes it much worse,” Ms. Shamdasani insisted. “There is much more discretion given to the authorities in their designation of individuals and organisations as terrorists, there is really not the opportunity for individuals to present their case (and) there’s no explicit provision, mandating a hearing.”

These concerns come amid a backdrop of “the vilification of dissent”, the UN official continued, along with attacks against those critical of the authorities that the report insists are “increasingly institutionalized and normalized in ways that will be very difficult to reverse”.

According to OHCHR, between 2015 and 2019, at least 248 human rights defenders, legal professionals, journalists and trade unionists, have been killed in relation to their work in the Philippines.

Highlighting reports of death threats and the harassment of human rights defenders, Ms. Shamdasani explained that this included posters “that are plastered across, for example, Negros Island, where human rights defenders are called terrorists. They are ‘red tagged’ and they’re equated with the terrorist wing, the armed wing of the Communist Party…In

many of these posters, human rights defenders who were depicted were subsequently killed.”

Successive administrations had placed “an overarching focus on public order and national security” at the expense of human rights, Ms. Shamdasani said, suggesting that current Government policy represented a “continuum” of previous administrations.

“Of course, preventing and countering of violent extremism is important and tackling the impact of illicit drugs and crime is very important,” she explained, “but it is essential that this be done in line with the international human rights obligations of the State, in line with the due process rights of individuals, otherwise you are trying to resolve one issue by perpetrating massive human rights violations.”

The arrival of the new coronavirus had not caused a change in Government security policy, the report noted, with killings confirmed of drug suspects and human rights defenders in the first four months of the year.

“The violations that we document in the report are very much ongoing”, said Ms. Shamdasani. “The killing and the campaign against illegal drugs are not over, even in the context of the COVID pandemic.”

Attacks against human rights defenders and raids on the houses of civil society activists have continued, the OHCHR official added, along with the filing of sedition charges against political opponents and the criminalisation of dissent on social media.

“There are also concerns about the use of force in the enforcement of quarantine”, she said. “We’ve seen worrying reports of people being humiliated, there was one report of young people being held in dog cages in the sun” for breaking curfew.

The OHCHR report is based on 893 written submissions, with substantial input from the Government of the Philippines, analysis of legislation, police reports, court documents, videos, photos and other open source material, as well as interviews with victims and witnesses.

It is due to be discussed at the next UN Human Rights Council session. 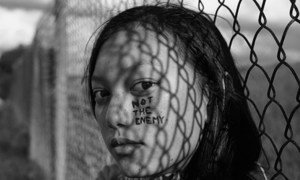 Disturbing details have emerged from dozens of countries that a “toxic lockdown culture” against the COVID-19 pandemic has impacted drastically on society’s most vulnerable members, the UN human rights Office (OHCHR) said on Monday. The development follows UN Secretary-General António Guterres’s call last week for States not to use the COVID crisis as a pretext for repressive measures, in which he urged Governments to recognize that the threat was the “virus, not people”. 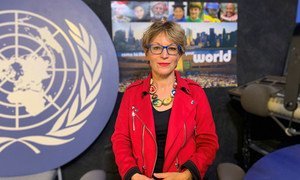