© UNEP/Jessica Kerr
Conservation and sustainable use can work together to protect the plants and animals living in forests.
22 May 2020
SDGs

🌲Forests are the most diverse habitat on land, but deforestation, mainly due to agricultural expansion, threatens #biodiversity.

We must transform how we produce & consume food.

Published on the International Day for Biological Diversity, The State of the World's Forests 2020, highlights that since 1990, some 420 million hectares of trees have been lost to agriculture and other land uses.

And the COVID-19 crisis has thrown into sharp focus the link between peole's health and that of the ecosystem, underscoring the importance of conserving and sustainably using nature.

"Deforestation and forest degradation continue to take place at alarming rates, which contributes significantly to the ongoing loss of biodiversity", Food and Agriculture Organization (FAO) Director-General, QU Dongyu, and Executive Director of the UN Environment Programme (UNEP), Inger Andersen, said in the foreword.

Protecting the world's biodiversity is entirely dependent on the way in which we interact with the world's forests. And as they harbour most of our terrestrial biodiversity, safeguarding woodland holds the key.

The report shows that forests contain 60,000 different tree species, 80 per cent of amphibian species, 75 per cent of bird species, and 68 per cent of the earth's mammal species.

Conservation and sustainable use can work together to protect plants, animals and livelihoods.

Within the report, a special study from the Joint Research Centre of the European Commission and the US Forest Service, found 34.8 million patches of forests in the world, ranging in size from one to 680 million hectares – illustrating that greater restoration efforts are urgently needed to reconnect forests that have fragmented over time.

As FAO and UNEP prepare to lead the UN Decade on Ecosystem Restoration in 2021, both UN agency heads expressed their commitment to increased global cooperation in the race to restore degraded and damaged ecosystems, combat climate change and safeguard biodiversity.

"To turn the tide on deforestation and the loss of biodiversity, we need transformational change in the way in which we produce and consume food", said Mr. QU and Ms. Andersen. "We also need to conserve and manage forests and trees within an integrated landscape approach, and we need to repair the damage done through forest restoration efforts."

The report notes that the target to conserve at least 17 per cent of the earth's terrestrial areas by 2020 has been achieved for forests, but acknowledges that progress is still required to ensure that protection.

One study conducted for this report shows that the largest increase in protected forest areas were in broadleaved evergreen forests, typically found in the tropics. Furthermore, over 30 per cent of all tropical rainforests, subtropical dry forests and temperate oceanic forests, are now located within protected areas.

Forests provide more than 86 million green jobs to the millions of people around the world who count on them for food security and their livelihoods.

Of those living in extreme poverty, over 90 per cent are dependent on forests for wild food, firewood or part of their livelihoods, including eight million extremely poor, forest-dependent people in Latin America alone.

The report was produced by FAO in partnership, for the first time, with UNEP, and technical input from the UNEP World Conservation Monitoring Centre. 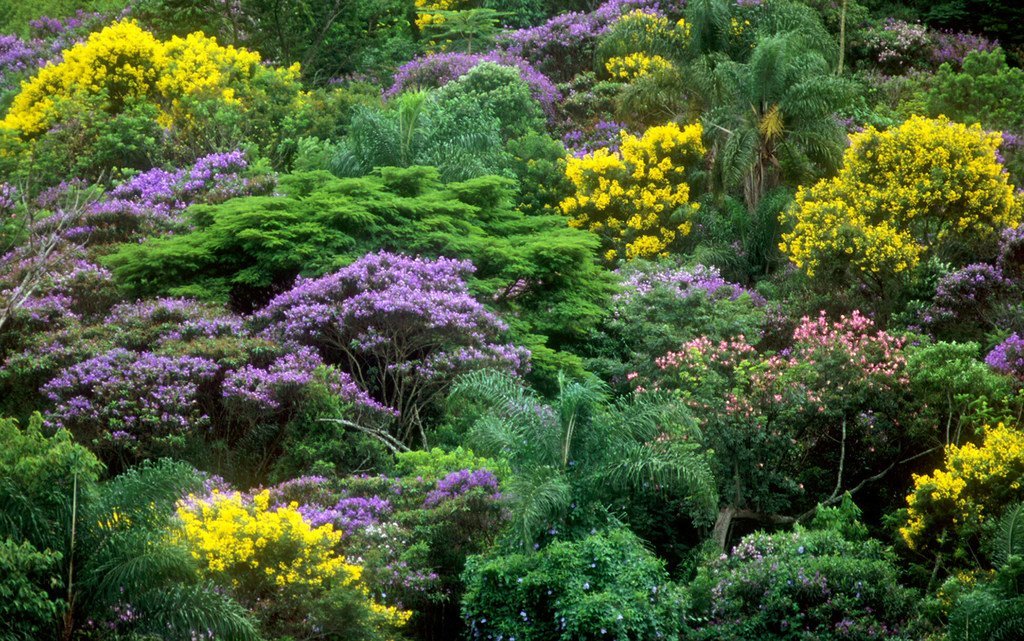 © UNEP/José Sabino
Forests are the most diverse habitat on land.
♦ Receive daily updates directly in your inbox - Subscribe here to a topic.
♦ Download the UN News app for your iOS or Android devices.
State of the World's Forests

Forests ‘essential’ for the future, UN agriculture chief spells out in new report

Deforestation has slowed down but still remains a concern, new UN report reveals

Recovery from the COVID-19 pandemic must also lead to countries uniting to preserve the natural world, in line with global commitments to achieve a better future for all people and the planet, top officials with the United Nations said on Friday, the International Day for Biological Diversity.

Turn around deforestation in 2020, the ‘Nature Super Year’, says Guterres

On the International Day of Forests, which falls on Saturday, UN chief António Guterres is calling for 2020, which has been referred to as a “nature super year”, to be the year that the world turns the tide on deforestation and forestry loss.