UNICEF/Madjiangar
Interethnic violence has ravaged the Ituri Province in the north-east of the Democratic Republic of Congo (DRC) and forced significant numbers of people to flee for safety.

Urgent resources are needed to support countries in southern Africa and the Great Lakes region which are hosting more than 900,000 refugees and asylum seekers from the Democratic Republic of the Congo (DRC), the UN refugee agency, UNHCR, and partners said in a $621 million appeal launched on Friday.

They described the situation in the DRC as one of the most complex and long-standing humanitarian crises on the continent.

Despite a peaceful transition of power following the December 2018 presidential election, ongoing conflict and inter-communal violence, particularly in the east, continue to uproot civilians both within and outside the country’s borders.

Most refugees fled to neighbouring Uganda, which is sheltering nearly 400,000 people.  Others went to Burundi, Rwanda, Tanzania, Zambia, Angola and the Republic of Congo.

The situation in the DR Congo remains one of the most complicated humanitarian crises in Africa. https://t.co/4eplWJxkSI pic.twitter.com/Ub46UjFqHg

Congolese refugees have found safety in locations where host communities are already under pressure with meagre resources.

“Although countries in the Southern and Great Lakes regions of Africa generously host nearly a million Congolese refugees and asylum-seekers, resources have been decreasing in recent years and do not adequately meet protection, shelter, food security, health and other basic needs or minimum humanitarian standards. In many countries of asylum, refugee settlements and camps are already at full capacity”, UNHCR spokesperson Babar Baloch told journalists in Geneva.

A recent humanitarian appeal for $1.82 billion seeks to target more than eight million people in the DRC, which also continues to host over 500,000 people who have fled insecurity in Burundi, the Central African Republic, Rwanda and South Sudan.

Amid ongoing armed conflict, the eastern DRC also was hit by an Ebola outbreak that began in August 2018 and killed more than 2,260 people.

This week the World Health Organization (WHO) reported that the only person confirmed to have Ebola virus disease (EVD) was discharged from a treatment centre, while no new cases have been reported since 17 February.

“This is an important milestone in the outbreak. However, there is still a high risk of re-emergence of EVD, and a critical need to maintain response operations,” the UN agency said.

Ebola virus may persist in some survivors’ body fluids, with potential to infect others, as has happened in at least once instance during the current outbreak, sparking a new chain of transmission that took several months to interrupt.

The Ebola outbreak can only be declared over when no infections arise 42 days after the last reported case has tested negative.

WHO requires around $83 million to continue response efforts through June but due to funding carried over from last year, the agency is seeking $40 million.

"We need to continue this work until the end of the outbreak, to keep the capacity in place to rapidly respond to flare-ups, to keep supporting survivors after the outbreak, and to transition the capacities built in this response toward building a stronger health system", said Dr Ibrahima Socé Fall, WHO Assistant Director-General, Emergency Response. 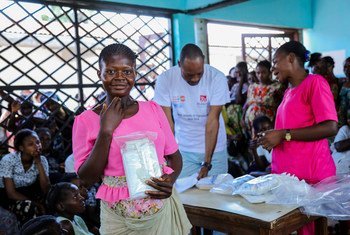 After more than a year of battling an Ebola virus outbreak that killed more than 2,200 people, UN officials are “cautiously optimistic” that the epidemic in the northeast Democratic Republic of the Congo (DRC) will soon be history as the country gears up to face the emerging threat of coronavirus disease (COVID-19). 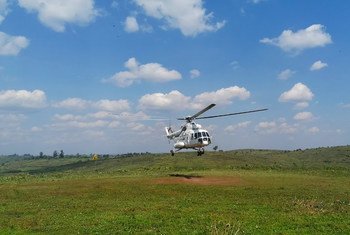