UN News/Laura Quiñones
Travellers who enter Colombia through Bogotá airport are being screened for coronavirus.

Governments should continue to treat containment of the coronavirus as a priority, the head of the UN health agency, Tedros Adhanom Ghebreyesus, said on Monday.

After earlier describing cases of infection in people with no travel history to China as possibly the “tip of the iceberg”, the World Health Organization Director-General warned in Geneva that while the spread of the respiratory disease appeared to be slow, it could accelerate.

“The detection of this small number of cases could be the spark that becomes a bigger fire, but for now it’s only a spark. Our objective remains containment, we call on all countries to use the window of opportunity that we have to prevent a bigger fire.”

As of Monday, WHO reported 40,235 confirmed cases in China, where the virus was declared on 31 December - and 909 deaths.

Outside the country there have been 319 cases in 24 countries and one death, with reported infections in France and the United Kingdom in the past two days.

The overall pattern of infections had not changed, Tedros told journalists.

Ninety-nine per cent of all cases were in China and most sufferers displayed mild symptoms, while two per cent were fatal, he explained.

At his side, Dr Sylvie Briand, WHO’s Director of Pandemic and Epidemic Diseases, noted that 80 per cent of cases displayed mild symptoms, 15 per cent were severe – developing into pneumonia – and three to five per cent required intensive care.

“This is of course too many,” the WHO chief said of the fatalities, noting that many questions still needed answering, such as where the outbreak was growing and where it was getting better - or worse.

As part of measures to coordinate an international response to the epidemic, on Sunday, Tedros confirmed that WHO had sent an advance team of international epidemiology experts to Beijing, to assist the authorities with the outbreak.

Leading them is Dr Bruce Aylward, a WHO veteran outbreak expert, who recently coordinated the agency’s response to the Ebola epidemic in West Africa.

His job will be to “lay the groundwork” for a larger international team of experts which is expected to follow to China, Tedros said.

WHO’s other measures have included equipping laboratories in some 14 countries with kits to “fast diagnose” infections, including to Cote d’Ivoire, Kenya, Tunisia and Zambia.

This was essential to being able to identify coronavirus infections which can resemble other respiratory bugs, the WHO chief explained.

To date, WHO has identified 168 labs around as having the right technology to identify the coronavirus.

On concerns that the incubation period for the coronavirus could easily be as long as 24 days, Dr Michael Ryan, WHO’s Health Emergencies Programme chief, said that the agency was not considering changing the current 14-day quarantine requirement period.

In an update, the UN health agency also reported that all crew and passengers on board a cruise ship harboured in Yokohama, Japan, were being quarantined for a 14-day period on board.

Their quarantine period will come to an end on 19 February, but will be extended for any close contacts of newly confirmed cases, WHO said. 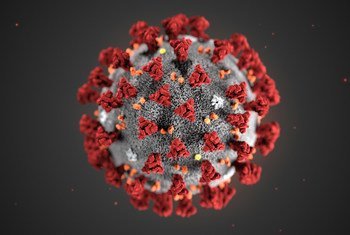 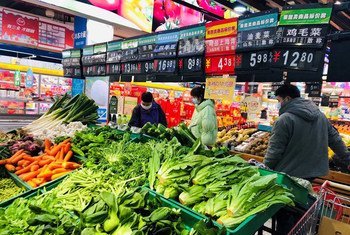 Coronavirus: demand for face masks creates shortfall for those in real need

Unprecedented global demand for face masks and other protective equipment fuelled by the coronavirus epidemic, has created potentially dangerous shortages for those who need them most, the World Health Organization (WHO) announced on Friday.