The rise in new coronavirus cases outside China, now constitutes a global health emergency, the World Health Organization’s Emergency Committee declared on Thursday, calling on all countries to take urgent measures to contain the respiratory disease.

Latest WHO figures state there are more than 7,800 confirmed cases globally, with 7,736 confirmed in China, and a further 12,167 suspected cases inside the country where the outbreak began in Wuhan, a city of around 11 million which remains in lockdown.

So far, 170 people have died in China, and 1,370 cases there are officially described as severe. A total of 124 have recovered and been discharged from hospital.

Outside China, there are 82 confirmed cases, in 18 different countries, and only seven had no history of travel in China.

“There has been human-to-human transmission in three countries outside China”, according to a statement released by WHO’s Emergency Committee. “One of these cases is severe and there have been no deaths.”

When the committee met last week, there were “divergent views” on whether the outbreak which began last month, constituted a Public Health Emergency of International Concern (PHEIC), but the expert body convened by the WHO Director-General, Tedros Adhanom Ghebreyesus, was in agreement on Thursday. 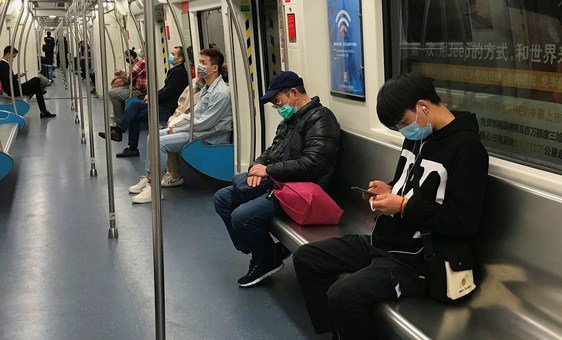 “China quickly identified the virus and shared its sequence, so that other countries could diagnose it quickly and protect themselves, which has resulted in rapid diagnostic tools”, said the statement from the Committee.

With concern rising that less developed countries will be more vulnerable, China has agreed to work internationally, with others who need support and “the measures China has taken are good not only for that country, but also for the rest of the world”, the statement added.

However, there remain “many unknowns”, the Committee warned, concerning the speed and spread of the epidemic.

Virus can be contained

“The Committee believes that it is still possible to interrupt virus spread, provided that countries put in place strong measures to detect disease early, isolate and treat cases, trace contacts, and promote social distancing measures commensurate with the risk.”

We must act now to help countries prepare for that possibility.

This is the time for facts, not fear.

This is the time for science, not rumours.

Mr. Tedros tweeted following the meeting: “We must remember that these are people, not numbers. More important than the declaration of a public health emergency are the committee’s recommendations for preventing the spread…and ensuring a measured and evidence-based response.”

Travel and trade should continue

He said there was there was “no reason for measures that unnecessarily interfere with international travel and trade. We call on all countries to implement decisions that are evidence-based and consistent. WHO stands ready to provide advice to any country that is considering what measures to take.”

The Committee said evidence has shown that restricting the movement of people and goods during public health emergencies “may be ineffective and may divert resources from other interventions.

“Further, restrictions may interrupt needed aid and technical support, may disrupt businesses and may have negative effects” on the economies of those countries affected.

The Committee is advising China to:

“Countries are reminded that they are legally required to share information with WHO” now the health emergency is officially declared, said the Committee.

Despite encouraging countries not to impose blanket restrictions on trade and travel, “in certain specific circumstances, measures that restrict the movement of people may prove temporarily useful, such as in settings with limited response capacities and capabilities, or where there is high intensity of transmission among vulnerable populations.”

WHO is calling for greater support for low- and middle-income countries, to support their reponse to any cases, and allow them access to vaccines and drugs, as well as better surveillance and diagnostic tools.

WHO
Novel Coronavirus (2019-nCoV) advice for the public.
♦ Receive daily updates directly in your inbox - Subscribe here to a topic.
♦ Download the UN News app for your iOS or Android devices.
coronavirus 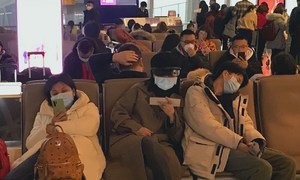 On Wednesday, the World Health Organization (WHO) confirmed that the coronavirus outbreak has now spread to the United Arab Emirates (UAE). The vast majority of cases continue to be declared in China, with more than 6,000 confirmed, 68 of them outside of the country. 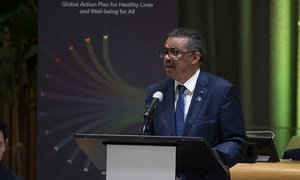 The head of the UN World Health Organization (WHO) is in China to discuss the novel coronavirus outbreak with senior Government officials.