However, after two days of deliberations, the WHO Emergency Committee, which advises the head of the agency, was divided on whether to declare a PHEIC.

The disease has spread rapidly to several countries including Japan, Singapore and the USA, and Tedros Ghebreyesus, Director-General of WHO, said in a press conference held in Geneva on Thursday that the outbreak poses a “very high risk” in China, as well as regionally and globally.

Mr. Tedros outlined the known facts about Novel Coronavirus. It causes severe diseases, he said, and it can kill, but in most cases, it causes milder symptoms: “We know that among those infected, one quarter of patients have experienced severe disease and that it can kill. We know that most of those who have died had underlying health conditions such as hypertension, diabetes, or cardiovascular disease, that weakened their immune systems.

Mr. Tedros said that as of Thursday evening, 584 cases have now been reported to WHO, including 17 deaths. The vast majority of cases (575) have been reported in China.

Cases have also been reported in Japan, the Republic of Korea, Singapore, Thailand, the United States of America and Viet Nam, with further possible cases being investigated in other countries; among them, the United Kingdom.

The WHO chief acknowledged that there are still many unknown factors: “We don't know the source of this virus. We don't understand how easily it spreads and we don't fully understand its clinical features or severity. WHO is working with our partners night and day in China and the other affected countries at the regional level, and here at headquarters, to fill the gaps in our knowledge as quickly as possible”.

More cases are expected in China, despite the actions taken by the Chinese authorities to control the outbreak. The country has succeeded in isolating and sequencing the virus, and has shared those genetic sequences with WHO and the international community.

The WHO chief warned, that the agency’s decision should not be taken as a sign that it is doing nothing: “WHO is following this outbreak every minute of every day. At a country, regional and global level, we're working to prevent human to human transmission.

“We have provided guidance to all countries for the rapid identification, management and containment of the virus based on the sequence we've got from China. We're coordinating our networks of global experts. We're working to advance the development of diagnostics, therapeutics, and vaccines. We are completely committed”.

Committee could meet again ‘in a matter of days’

A statement released by WHO soon after the press conference, noted that the Committee members agree on the urgency of the situation, and suggested the Committee should be reconvened “in a matter of days” to examine the situation further.

The Committee made a number of recommendations regarding measures to control the outbreak. Its members advised WHO to provide information to the international community via an international multidisciplinary operation, in order to enhance understanding of the situation and its public health impact.

The Chinese authorities were encouraged in the statement to provide more information on the ways they are managing the risk of further cases, and to work with the WHO and other partners to better understand the evolution of the outbreak.

All countries, recommends the Committee, should be prepared to contain the virus, through active surveillance, early detection, isolation, case management, and prevention of onward spread of infection, and to share full data with WHO.

A comprehensive list of the Committee’s advice and recommendations can be found in the WHO statement. 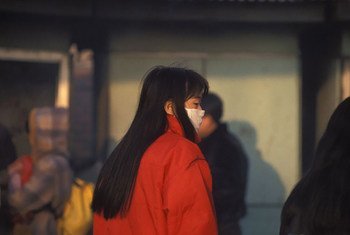 Experts convened in Geneva by the World Health Organization (WHO) will meet again on Thursday to determine whether novel coronavirus is a Public Health Emergency of International Concern (PHEIC). 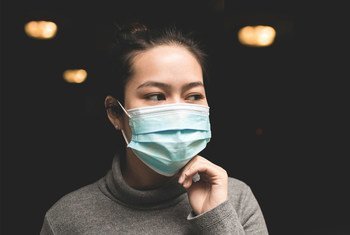 Following an announcement by China’s national health body that a new virus first identified there, can be transmitted from person to person, the World Health Organization (WHO) is to hold a meeting on Wednesday to decide if it should be declared a global health emergency.