On the outskirts of El Fasher in North Darfur, women ride donkeys on the road to Khartoum, Sudan.
UNAMID/Albert González Farran

Emboldened by positive political changes over the last six months, since the overthrow of former dictator Omar Al Bashir, that include a  Constitutional Declaration, and a new Sovereign Council and Cabinet, Fatou Bensouda expressed her hope that “Sudan will honour its commitments to deliver justice” for the victims of civil conflict in the restive Darfur region, stretching back decades.

During the Darfur conflict between the Government, their militiamen allies and rebel groups, which began in 2003, the UN estimated that around 300,000 were killed, and around 2.7 million forced from their homes. Former president al-Bashir was indicted for war crimes including genocide, nine years ago.

She recalled that ICC arrest warrants remained in force for five alleged subjects, explaining that Abdel Raheem Hussein and Ahmad Harun are believed to be in detention in Khartoum while the whereabouts of Ali Kushayb and Abdallah Banda are unknown.

The fifth outstanding warrant is for Mr. Al Bashir, who was tried and sentenced in Sudan for financial crimes earlier this week and awaits trial on other cases, including in relation to the 1989 coup that brought him to power and crimes against humanity, said Ms. Bensouda.

However, she noted that while the primary responsibility to investigate and prosecute crimes rests with national jurisdictions, the ICC had no information suggesting the Darfur suspects were being investigated or prosecuted along the same lines as the ICC charges.

Ms. Bensouda reminded ambassadors that under international law, Sudan was bound by the Council's decision “to refer the Darfur situation to the ICC” and maintained that unless and until Sudan investigates and prosecutes the suspects, “these cases will remain admissible before the ICC”.

“A respect for international human rights and the basic rights of Sudan's citizens must include a willingness to ensure accountability for the gross human rights violations against Darfuri Sudanese citizens”, she said, expressing her “sincere hope” that her Office would be granted access to the country.

Respect for international human rights and the basic rights of Sudan's citizens must include...accountability for the gross human rights violations against Darfuri Sudanese citizens -- ICC prosecutor

Ms. Bensouda said she was “deeply troubled” over the persistence of sexual and gender-based violence as well as grave violations against children in Darfur.

nd although the African Union-UN Hybrid Operation in Darfur (UNAMID) has identified the perpetrators of these atrocities as mostly SLA-AW fighters, some violations were conducted by the Rapid Support Forces, among other groups.

Remarking on Sudan’s “extraordinary journey”, Ms. Bensouda said that its publicly stated commitments to international law, human rights and justice have created “a renewed expectation for accountability” in the Darfur situation.

On “a path towards greater peace and stability”, justice for Sudan’s victims “will be essential to comprehensive and enduring peace in Darfur”, she stressed.

The ICC prosecutor concluded with the request for “reinvigorated support and engagement of Sudan and this Council in the Darfur situation” and offered the support of her Office to ensure that justice “is finally served for the victims of atrocity crimes in Darfur – either in a Sudanese court, or before the ICC”. 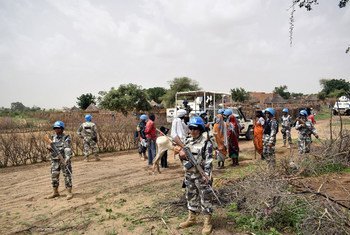 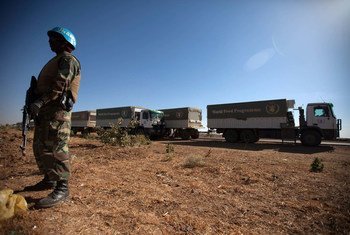