The first-ever Global Refugee Forum concluded in Geneva on Wednesday with more than 770 pledges of support, covering areas such as protection, employment, and education, for refugees and the communities which have taken them in.

Development banks, as well as states and other stakeholders, also made financial commitments totaling more than $10 billion, according to an initial analysis from the UN refugee agency (UNHCR).

🗣️Words &lt; Action 💪The #RefugeeForum isn't just another meeting. It's going to change the lives of countless refugees. Here's how 👇 pic.twitter.com/epzYzoOLm9

For the UN High Commissioner for Refugees, the Forum revealed a “decisive shift” towards long-term action to assist the more than 25.9 million people worldwide who have fled their homelands due to conflict, persecution or violence.

“Public support for asylum has wavered in recent years. And in many cases communities that host refugees have felt overwhelmed or forgotten. But refugee situations are ‘crises’ only when we let them become so, by thinking short term, by failing to plan or work together across sectors, and by neglecting the communities they arrive in,” said Filippo Grandi, who also heads UNHCR.

The Forum is a key element of the Global Compact on Refugees, which the international community signed last December.  It calls for Global Refugee Forums to be held every four years.

More than 3,000 participants attended this first gathering, ranging from representatives of governments, international financial organizations, business, civil society, and humanitarian and development organizations, as well as refugees themselves.

The private sector accounted for the widest range of commitments, with strong support for providing job opportunities for refugees, according to UNHCR.

Business groups pledged $250 million, while at least 15,000 jobs will be made available to refugees as will some 125,000 hours per year of free legal aid.

Additionally, several countries-of-origin made commitments relating to the voluntary return and reintegration of refugees and other displaced communities.

Progress will be tracked

UNHCR said further pledges are also expected, and indicators have been established to track progress and assess success, for example in jobs created, school places and reduction of poverty levels.

A stock-taking meeting will take place in two years, and the second Global Refugee Forum is scheduled for late 2023. 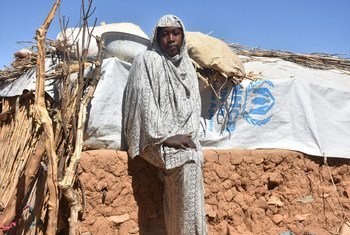 The world needs to transform the way it responds to refugee situations and do more for the struggling countries that shelter almost all of them, UN Secretary-General António Guterres said on Tuesday, at a high-level forum seeking solutions to a decade of extraordinary mass displacement.