Tucker Friedman is known in the Louisiana swampland as the alligator whisperer. He set up his tour company Atchafalaya Basin Landing Airboat Tours 20 years ago and introduces visitors from around the world to the unique ecosystem of the swamps in the Mississippi River flood plain.  He entertains his customers by calling to the alligators in Cajun French, a Louisiana vernacular, and then tickles them on the chin.

Tucker Friedman is known in the Louisiana swampland as the alligator whisperer. @ILO has launched a photography project called “#DignityatWork: The American Experience” to document the working life of people across the US. #ILO100 pic.twitter.com/9QlrXtZUOh

“People call me Captain Tucker in these parts. I’m a tour operator and alligator handler and have been running airboat tours in the Atchafalaya Basin for the past 19 years. I spend most of my days out here on the water; it’s a dream job, the environment is so beautiful. I also love working with the animals, so would not give up this job for any other.

In the 1970s, they were a protected species and commercial alligator farms were established for leather and meat production. The farmers still come into the swamps to collect eggs to hatch alligators, a proportion of which they return to the wild.  Back in the 1960s, the alligator population was dying out in Louisiana; as a child I would catch baby alligators and take them home and put them in the bath. I would keep them until my mom told me they were too large and that I had to return them to the wild.

Now, I’m convinced there are more than two million just in the Atchafalaya basin, which is 170 miles long and 24 miles across at its widest point.

The community here is very supportive in terms of protecting the environment and of helping tour companies. We all work together and contribute to the area. Customers come to me, but also stop at restaurants and grocery stores in the area, they buy fuel. It’s an economic circle.

It’s a constantly growing business; we’ve seen a 15 per cent increase in visitors compared to last year and many of those are repeat customers, or new customers who have been told about the tour by people who have experienced it.

I am working towards retirement, but this will remain a family business. My daughter who has worked with me for 17 years is in charge of the business end of the operation and my son is taking over leading the tours as well as the maintenance of the airboats.

I started the business with just one boat and now there are five which we operate all year round apart from three days when we are closed. We are now planning to build a new welcome centre which will float on the water. It’s a seven day a week business.

I have one other daughter and I would like to be able to build the business up to a level at which she and her family could eventually become involved.” 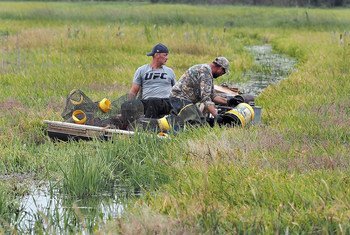 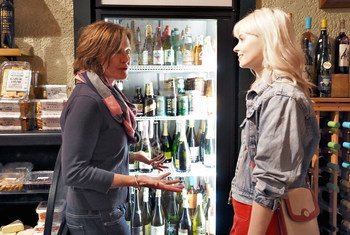