The UN envoy for West Africa and the vast Sahel region, told the Security Council on Monday that in recent months, the region has been “shaken by unprecedented violence”.

An “horrific attack against the Inates military camp, in Niger, still haunts the region”, he asserted, adding that “relentless attacks on civilian and military targets have shaken public confidence”.

International forces in the region have also endured significant losses.

While acknowledging the nexus between terrorism, organized crime and intercommunal violence, Mohamed Ibn Chambas, Special Representative and Head of the UN Office for West Africa and the Sahel (UNOWAS) argued the importance of distinguishing each as a driver of violence.

Concerning violent extremism, he noted that the strategy and objectives of armed groups in the region are “in the public domain”, and cited Al Qaeda militants as using local dynamics to spread extremism.

And some of the most violent local conflicts in the region concern the seasonal movement of livestock by pastoralists, or transhumance, where extremist groups have managed to establish footholds.

While the situation differs greatly from one country – or region – to the next, man-made factors, such as flooding an area with weapons, combined with a harsh natural environment, expanding deserts and climate change, magnify the tensions related to transhumance.

Against the backdrop that close to 70 per cent of West Africans are dependent upon agriculture and livestock-rearing, Mr. Chambas stressed that finding ways to ensure peaceful coexistence between herders and farmers is “imperative”.

Other forms of communal violence are triggered by the nature of the fight against terrorism itself.

In some cases, there aren’t enough security personnel to provide adequate geographical coverage, leading to local defense forces who are “subcontracted” to do the job, or vigilantes – its own double-edged sword.

The UN envoy maintained that UNOWAS has been advocating for improved legal frameworks and longer-term approaches to help overstretched governments cope.

He flagged that responses and frameworks addressing multi-dimensional violence are anchored in building partnerships and implementing the Sustainable Development Goals (SDGs).

“Recipes against violent extremism are being put in place in many West African countries, with the common denominators of political will, courageous local actors and the involvement of women and young people”, Mr. Chambas said.

And some grassroot initiatives, such as inter-faith coalitions in Nigeria, have curtailed recruitments by Boko Haram while grassroot reconciliation initiatives are being evaluated across the region for bilateral assistance at the country level.

The Security Council can play a decisive role in accompanying these efforts, according to Mr. Chambas.

He reminded the Chamber that, in addition to donor and technical support, assistance on security-related and law enforcement matters remains vital.

“Curbing the financial and supply corridors used by armed groups, and the links with illegal trade, requires international cooperation; targeted sanctions and other measures recommended by Panels of Experts, are relevant for leverage”, concluded the UN Special Representative. 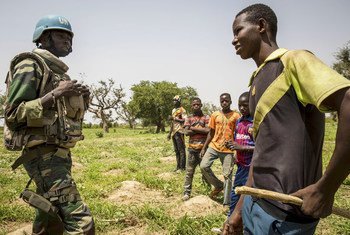 African countries are building increasingly strong partnerships for advancing peace and security, as well as inclusive sustainable development across the continent, the Security Council heard on Thursday, during a briefing by the UN Secretary-General’s Chef de Cabinet, Maria Luiza Ribeiro Viotti. 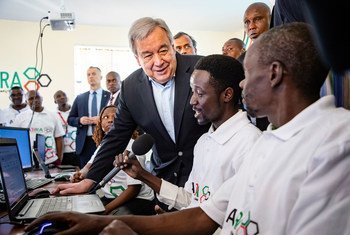