Speaking in Nairobi at the opening of a conference on counter-terrorism, Mr. Guterres recalled how attackers had laid siege to a hotel complex in the capital in January, killing 21 people.

Africans on ‘front line’ against terror

The deteriorating situation in the Sahel and “increasing risks” in West Africa are also deeply concerning, the UN chief continued, amid ongoing attacks by armed militants in the Lake Chad region, central Mali, Burkina Faso and Niger.

In light of these developments, “there is an urgent need for the international community to support Member States in this region”, Mr. Guterres said, noting that the people of Africa “are on the front line of efforts to tackle terrorism and the spread of violent extremism”.

Welcoming the determination of Africans to find solutions to terrorism, the UN Secretary-General highlighted the “inspirational” role of women in prevention efforts.

The international community must step up their support for African-owned and African-led efforts in the fight against terrorism and violent extremism.

Fighting terrorism & preventing extremism in Africa is essential to preserve peace & security in the world. pic.twitter.com/3Ia1sq8a2i

“All over the continent, women are taking matters into their own hands,” he said, before noting that all terror groups subjugated women and girls, regardless of their ideology.

They are “engaging with local leaders, mayors, young people, children and their fellow men, to fight against exclusion, marginalization, inequality and abuse – the conditions that lead many to radicalisation and conflict,” he said.

At the same time, the UN Secretary-General also cautioned that such efforts could not succeed without long-term political commitment from the international community.

In addition to “strong and clear mandates” from the Security Council, he insisted that there should also be “sufficient, predictable and sustainable financial support” for African peace-enforcing and counter-terrorism operations.

“We must not allow terrorism to undermine the great progress that is being made on this continent,” Mr. Guterres said, insisting that an “integrated, prosperous and peaceful Africa…continued to be “a top priority” for the United Nations.

In a call for greater efforts from African States and the international community to unite against terrorism, the UN Secretary-General also noted that more should be done to tackle the “drivers and enablers” of violent extremism.

Within the UN, he noted that the organization had itself prioritized capacity-building projects for African countries on issues such as mitigating the threat of foreign terrorist fighters, empowering youth, countering terrorist financing and improving aviation security.

“Nothing can justify terrorism and violent extremism, but we must also acknowledge that they do not arise in a vacuum”, he said, insisting that “actual or perceived injustice and promised empowerment become attractive wherever human rights are being violated, good governance is being ignored and aspirations are being crushed”.

A lack of education and poverty were factors behind radicalization, Mr. Guterres continued, “but the final tipping point” is often State-led violence and the abuse of power, he maintained.

States should do more to address these risk factors, in addition to preventing conflicts, strengthening state institutions and civil society, building durable peace and promoting sustainable development to tackle the poverty, inequality and lack of opportunity that feed despair, he insisted.

The High Representative for the UN Alliance of Civilizations (UNAOC), told the conference in Kenya that all forms of violence which led to acts of terror, were “an affront” to everything the UN stands for.

Tasked by the Secretary-General to develop a Plan of Action to protect religious sites and the safety of worshippers across the world from the terrorist scourge, Miguel Angel Moratinos said that historically, they had been “soft targets”.

“No one country can defeat it alone. A more holistic approach is needed to defeat this growing menace. An approach that makes full use of soft-power political tools and complements law-enforcement, military solutions and security measures”, he said.

He added that he had been tasked “to reach out to governments, religious leaders, faith-based organizations and other relevant stakeholders to ensure that the Plan contain concrete and action-oriented recommendations that can help ensure that religious sites are safe and that worshipers can observe their rituals in peace.”

The UNAOC chief said that he had been holding consultations since April, and once the Plan is approved by the Secretary-General he would conduct a series of regional meetings, “to outline the implementation process of the Plan. Africa will be one of these regions. In this context, I plan to convene a meeting in Equatorial Guinea.”

♦ Receive daily updates directly in your inbox - Subscribe here to a topic.
♦ Download the UN News app for your iOS or Android devices.
counter-terrorism|Africa|preventing violent extremism 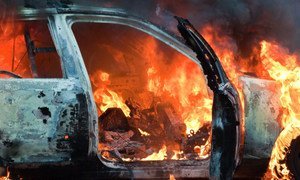 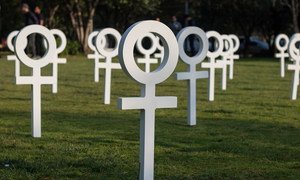