MINUSMA/Marco Dormino
A peacekeeping officer during a patrol in the streets of Gao, Mali, performed daily by United Nations Police (UNPOL) Officers from MINUSMA and Malian National Guard Officers. 7 November 2018.

Fighting the ‘scourge’ of organized crime

Many countries, noted Mr. Abdounasir, have concentrated on a military response to the challenge, but “a judicial response that holds perpetrators of crimes accountable would have been more effective”, and a better strategy for combatting conflict and insecurity involves building up police forces, along with justice sector and prison system reform.

The MONUSCO police commissioner declared that his force has developed an organized crime prevention strategy for DRC, and called for concerted efforts to combat the phenomenon at a regional and sub-regional level, as well as the reinforcement of State authority, and strengthened rule of law.

Slow progress on implementing a 2011 peace deal between the Sudanese Government and the Sudan People’s Liberation Movement, regarding the security of the Abyei region, has created a “law and order vacuum”, Mary Gahonzir, Senior Police Adviser for the UN Interim Security Force for Abyei (UNISFA), told the Council.

Abyei has no formal governance, and boundary lines for the oil-rich territory have not been formally agreed between the Sudan and neighbouring South Sudan. Since the formation of South Sudan in 2011, UNISFA has monitored an uneasy peace in the area.

In response to the insecurity, she said, informal community protection committees have been formed, supported, trained, and monitored by UNISFA police. These committees, added Ms. Gahonzir, play a crucial role in sustaining peace and security, particularly by addressing sexual and gender-based violence.

In Mali, inter-communal violence and extremist attacks have resulted from the slow progress of the country’s peace process, and the vastness of Malian territory, Issouffou Yacouba, the Police Commissioner of the UN Mission in Mali (MINUSMA) reported.

MINUSMA police are engaged in protecting civilians and re-establishing State law, said Mr. Yacouba, as well as implementing Government strategies for reducing inter-communal violence, and re-establishing basic social services.
However, the work of the UN peacekeepers is hampered by the slow pace of security sector reform, the fallout of military operations, border management problems, and the lack of adequate funding for the Malian Defence and Security Forces.

Acknowledging that peacekeepers are likely to face increasing challenges, Peace Operations chief Jean-Pierre Lacroix, noted the central importance of partnerships to the success of operations, such as the African Union-United Nations Mission in Darfur (UNAMID), which is planning for the mission’s transition, and exit, with the aim of sustaining peace gains and preventing a return to conflict.

Mr. Lacroix added that peacekeeping has been made more effective by the increased number of women: the UN, he said, has met its targets for the percentage of female peacekeepers deployed as individual officers, and allegations of sexual exploitation and abuse are on a steady downward trend. Nevertheless, he stressed, vigilance remains essential.

Ms. Fitah-Kona said that the Mission’s officers are gradually regaining the trust of the local population, and religious communities are now existing more peacefully. Since MINUSCA’s arrival in 2013, she continued, the “rampant insecurity” lessened, shops reopened and life for many returned to normal. However, she added that the CAR “mustn’t be abandoned, because the situation is far too fragile,” and welcomed the ongoing recruitment of 1,000 more police and gendarmerie officers to the national security forces, with MINUSCA support. 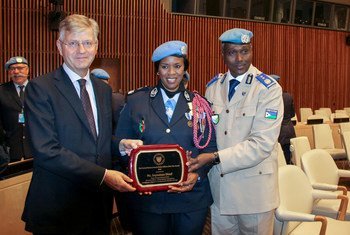 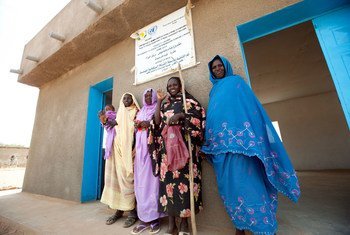