When terrorists attacked and ransacked 30-year old Mamma Hamidou’s village in the Far North region of Cameroon four years ago, she faced an impossible choice. Hand over her young daughter or risk that her husband be executed on the spot. 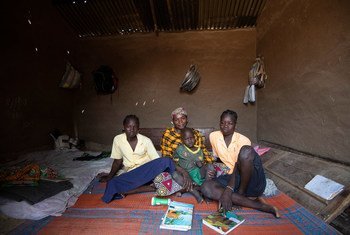 “The men came at night,” she told UN News in the town of Kourgui where she now lives. “They wanted to take my daughter, but I pleaded with them not to, because she was just 10 years old at the time. I was polite because if you are rude the men will do terrible things to you.”

Mamma Hamidou’s politeness probably saved her and her children from being abducted. She immediately left her village of Kolofata, close to the border with Nigeria, and brought her family some 10 kilometres to Kourgui. The next day she returned to her village to salvage the belongings that had not been looted.

“The men came again that night and asked after my children,” she remembers. I told them my children were no longer here. They were very angry and said they would cut my husband’s throat; they took him away and the next day told me he was dead. They were going to take me too, but I managed to gather my possessions and leave; all that was left was a straw mat and a scarf. I remember it was very cold that night.”

The men who plundered Kolofata village may have been members of the outlawed Boko Haram group, a UN-designated terrorist organization which was formed in the north of Nigeria over a decade ago and has been attacking communities and abducting people in Cameroon, Chad and Niger, ever since. The group, and its many break-away factions, kidnaps women and girls and forces them to become reluctant wives or servants, also coercing men and boys to take up arms. 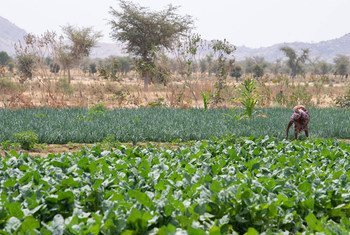 Today, Mamma Hamidou lives “peacefully” with her four children and earns up to eight dollars a day selling peanut sauce, beans, flour and homemade spaghetti after receiving income-generating funding from the UN Development Programme (UNDP). “With the money from my activities, I built a small house and can afford to send my children to school.”

She also works on a community farm alongside ten other people who have been displaced by insecurity, together with 15 local residents.  Sugar cane, onions and salad, flourish next to tomatoes, corn and garlic, creating an oasis of luscious greenery in the dusty desert-like landscape. Produce from the garden’s first harvest sold for around $4,000, which will pay for upkeep and provide the participants with some income.

Ibrahim Djagra works as a mentor to internally displaced people on the farm. “Three or four years ago, the community could not come to this area, because of the danger of attacks by Boko Haram,” he told UN News. “Now, this place of terror has been transformed into a land of social cohesion, productivity and hope.” 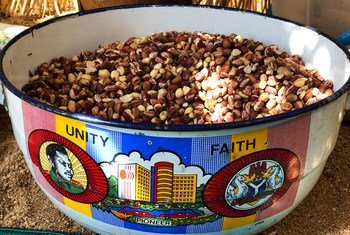 Some 60,000 people displaced by insecurity have arrived in and around Kourgui over the past six years, putting a severe strain on resources in a town which was originally home to some 29,000.

“To begin with it was very difficult for my people, as we lacked water and good land to cultivate”, said Oumaté Abba, the traditional leader of Kourgui.

“The people who came were our brothers and they had lost everything, so I explained that we had an obligation to help them. Now we share what we have and there is harmony.”

UNDP has played a pivotal role in bringing the community together providing not just basic social amenities, including a food market, water points and mills for grinding grains but also getting leaders like Oumaté Abba together to discuss how best to adjust to the reality of the new arrivals. 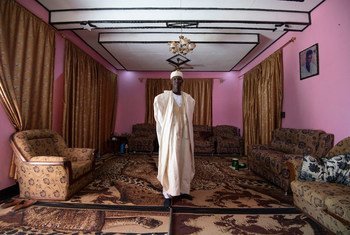 Those meetings have, like the community garden, provided a fertile ground for building relations between the displaced and resident communities.

And according to Oumaté Abba may eventually allow the return of local people who were forced or chose to join the ranks of terrorist organizations in the region.

“Boko Haram are our brothers,” he said. “If they, like the displaced people, come to Kourgui, we will reintegrate them as this is the best way to bring an end to the conflict. If they can hear me, that is my message.”

Listen to more from Ibrahim Djagra about the community farm. 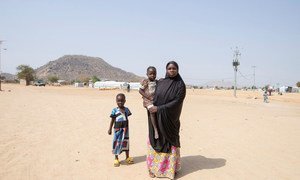