UNICEF/Wikus De Wet
Two young men walk in the flooded Shibaburi area of Pemba after heavy rains poured down in the Pemba region of Mozambique (April 2019).

“Even if current targets are met, tens of millions will be impoverished, leading to widespread displacement and hunger,” said the UN Special Rapporteur on extreme poverty and human rights, Philip Alston.

Underscoring that climate change will have the greatest impact on the most vulnerable, he added that “it could push more than 120 million more people into poverty by 2030 and will have the most severe impact in poor countries, regions, and the places poor people live and work.”

My new report on #ClimateChange and poverty is out today. It finds that climate change will have the greatest impact on those living in poverty, but also poses dire threats to democracy and human rights that most actors have barely begun to grapple with: https://t.co/4CDnAl4uHg pic.twitter.com/nNZ13iM4EE

Even in the best-case scenario of a 1.5°C temperature increase by 2100, extreme temperatures in many regions will leave disadvantaged populations food insecure, with less incomes and worsening health.

Moreover, many will have to choose between starvation and migration, he said.

“Perversely, while people in poverty are responsible for just a fraction of global emissions, they will bear the brunt of climate change, and have the least capacity to protect themselves,” Mr. Alston flagged.

“We risk a ‘climate apartheid’ scenario where the wealthy pay to escape overheating, hunger and conflict while the rest of the world is left to suffer.”

“Most human rights bodies have barely begun to grapple with what climate change portends for human rights, and it remains one on a long laundry list of ‘issues’, despite the extraordinarily short time to avoid catastrophic consequences,” he asserted.

“As a full-blown crisis that threatens the human rights of vast numbers of people bears down, the usual piecemeal, issue-by-issue human rights methodology is woefully insufficient”, the UN expert added.

“States have marched past every scientific warning and threshold, and what was once considered catastrophic warming now seems like a best-case scenario,” Mr. Alston forecast. “Even today, too many countries are taking short-sighted steps in the wrong direction.”

States are even failing to meet their current carbon emissions reduction and climate financing commitments and continue to subsidize the fossil fuel industry with $5.2 trillion per year.

“Maintaining the current course is a recipe for economic catastrophe,” Mr. Alston spelled out, noting that while economic prosperity and environmental sustainability are “fully compatible”, they require “decoupling economic well-being and poverty reduction from fossil fuel emissions.”

“A robust social safety net will be the best response to the unavoidable harms that climate change will bring,” Mr. Alston explained, saying that this “should be a catalyst” for states to fulfil “long ignored and overlooked economic and social rights”, including to social security and access to food, healthcare, shelter, and decent work.

“If climate change is used to justify business-friendly policies and widespread privatization, exploitation of natural resources and global warming may be accelerated rather than prevented,” argued the UN expert.

“There is no shortage of alarm bells ringing over climate change, and an increase in biblical-level extreme weather events appear to be finally piercing through the noise, misinformation, and complacency, but these positive signs are no reason for contentment,” Mr. Alston concluded. “A reckoning with the scale of the change that is needed is just the first step.”

Reports of the 41st session of the Human Rights Council 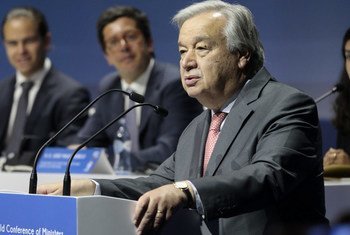 Older generations have “failed to respond properly” to the climate emergency said the UN chief on Sunday, while the young are “stepping up to the challenge” and taking the lead to slow the destructive pace of global warming. 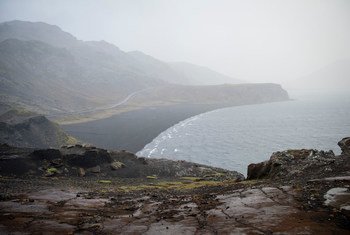