Lisboa +21
The UN Secretary-General, António Guterres, at the World Conference of Ministers Responsible for Youth 2019 and Youth Forum Lisboa+21, in Lisbon, Portugal

Older generations have “failed to respond properly” to the climate emergency said the UN chief on Sunday, while the young are “stepping up to the challenge” and taking the lead to slow the destructive pace of global warming.

António Guterres was making the closing address at the UN-backed World Conference of Ministers Responsible for Youth, and Youth Forum, in the Portuguese capital Lisbon, Lisboa+21.

You don't want to miss Day 2️⃣ at #Lisboa21! No matter where you are, join me today for the proclamation of Lisboa+21 Declaration. 🙌🏻 Here's how you can tune 📺 in 👉👉👉 https://t.co/cNCyTeryOq @Youthlisboa21

The summit comes 21 years after the adoption of the Lisbon Declaration on Youth Policies and Programmes, and provides a place for national governments to talk about progress made with young people directly, and well as introducing new approaches to empowering youth in politics and decision-making.

Building on an argument he has been making for some months now in the face of the existential threat posed by climate change, enshrined in the Paris Agreement of 2015 to keep warming to well below 2 degrees Celsius, the Secretary-General said that it’s “not enough to listen to young people and provide a seat at the table – we need to take a seat at your table”.

Schoolchildren get it, more than global leaders

Through the actions of inspiration young leaders such as Sweden’s Greta Thunberg who’s got classrooms striking for climate action across the world, Mr. Guterres said that “schoolchildren have grasped its urgency better than global leaders. They know the window of opportunity is closing; they are determined to beat this threat and they are making a big difference already.”

The UN chief said Governments were listening, and “companies are starting to realise that a big carbon footprint is bad for their image, and even for their profits.”

This is just the start, he added, saying that the energy and commitment of young people, such as the delegates in the audience in Lisbon, was making action a priority, “stepping up to the challenge.”

“We need to create an enabling environment for young people, where they are seen not as subjects to be protected, but as citizens with equal rights, equal voices and equal influence, as full members of our societies and powerful agents for change.”

He lauded the World Programme of Action for Youth, the focus of this weekend’s efforts in Portugal, saying that it was encouraging a wider focus on policy-making and programmes that are truly relevant to youth worldwide.

“Policies on gender are particularly important since we cannot build strong, just and resilient communities and societies without the full participation and leadership of half of their members.

Mr. Guterres told the hall he was hoping that many would be in New York in September, for not only the major Climate Action Summit, but also to help push along “more urgent and ambitious global action for implementation”.

With many senior UN attendees from multiple agencies, the UN chief’s Envoy on Youth, Jayathma Wickramanayake, spoke on behalf of the whole UN System, telling delegates that they represented “the largest-ever generation of young people” in human history, with 1.8 billion aged between 10 and 24. Around 90 per cent are in developing countries, noting that sustainable development could not be achieved, “unless we involve young people and create the conditions that allow them to reach their full potential.”

“Young people should be valued for their potential and promise” she said, “not seen as a problem”. Addressing the ministers in the room, she said that when “implemented and adequately funded, robust youth policies can be instrumental in reducing inequality among young people and between youth and the broader community.”

She said the UN’s Youth 2030 strategy, launched last year, was a holistic plan to “build the agency and advance the rights of young people and ensure their engagement” with the whole 2030 Agenda for Sustainable Development. She called on ministers and policy makers to work with the UN to deliver the youngest generations, a better future. 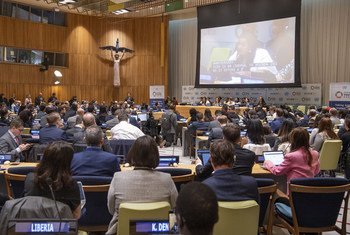 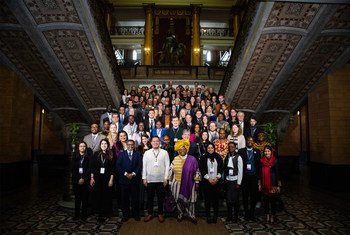