Sexual exploitation is defined as “any actual or attempted abuse of a position of vulnerability, differential power, or trust, for sexual purposes, including, but not limited to, profiting monetarily, socially or politically from the sexual exploitation of another”.  Sexual abuse, in UN terms, constitutes “the actual or threatened physical intrusion of a sexual nature, whether by force, or under unequal or coercive conditions”.

Not all the allegations have been fully verified and many are still under investigation, or are still in the preliminary assessment phase.

Some facts behind the figures

From 1 January to 31 December 2018, the UN received a total of 148 SEA allegations directly involving UN workers, and 111 involving staff from partner organisations implementing UN programmes. This represents an increase in the total number of incidents reported compared to 2017, when 138 allegations were made, and 2016, when 165 allegations were made.

In Peacekeeping Operations, the signs were encouraging, with allegations down almost by half over the past two years: while 103 SEA incidents were reported in 2016, only 54 allegations were made in 2018. Most of the 2018 allegations involved the UN missions in the Central African Republic (MINUSCA), the Democratic Republic of the Congo (MONUSCO), Mali (MINUSMA), Haiti (MINUSTAH), Liberia (UNMIL) and South Sudan (UNMISS). No allegations were made in the UN’s special political missions.

Despite this sharp improvement in the UN’s peacekeeping wing, the number of allegations went up against personnel in other UN entities, with 94 allegations in 2018, compared to 50 in 2017.

Worse, the number of allegations against partners organisations implementing the UN’s programmes reached a high of 109, increasing more than four-fold from 2017 when only 25 incidents were reported.

In addition, two allegations were made in 2018 against non-UN military forces authorized by the UN Security Council, against one in 2017 and 20 in 2016.

The numbers show that the UN’s victim-centred approach, implemented over a year ago, is paying off as there seems to be an increased trust among the victims and survivors to come forward and report incidents.

Measuring progress is a complex matter that cannot be examined through numbers alone: for example, an entity that does not report any allegations may not have solid reporting and prevention systems in place.

The UN’s efforts to date and moving forward

The Secretary-General’s strategy, in its first phase, focuses on addressing the issue within the UN system, as well as those mandated by the UN to carry out programmes (implementing organizations and Security Council-authorized non-UN military). This entails more than 90,000 staff in more than 30 entities and more than 100,000 uniformed personnel.

Various initiatives have been put in place to date including:

A complete list of all the initiatives undertaken can be found here.

The question of accountability

As the UN does not have the authority or a legal mandate to criminally prosecute individuals, criminal accountability of individuals continues to rest with the relevant country.

In cases where the alleged offender is a civilian, the UN conducts administrative investigations, the staff member is dismissed when the allegation is substantiated and if the UN concludes that a crime may have been committed, it refers the matter to relevant national authorities for further action.

In cases involving uniformed personnel, the contributing State has exclusive jurisdiction to investigate, but the UN works in close partnership with that State to expedite the investigation, and follow-up in respect of accountability.

♦ Receive daily updates directly in your inbox - Subscribe here to a topic.
♦ Download the UN News app for your iOS or Android devices.
sexual exploitation and abuse 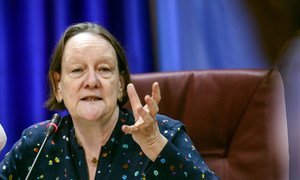 The UN is committed to recognizing the rights of victims of sexual exploitation by UN personnel but, when it comes to preventing and responding to abuse, there is a still “a long way to go, and many challenges to overcome,” says the UN’s first-ever Victims’ Rights Advocate Jane Connors.

World leaders joined with United Nations entities on Thursday to reaffirm their continued personal commitment to support efforts to combat sexual exploitation and abuse across the Organization.