UN Photo/Isaac Billy
The Victims’ Rights Advocate for the United Nations, Jane Connors, speaking at a press conference in Juba, the capital of South Sudan.

The UN is committed to recognizing the rights of victims of sexual exploitation by UN personnel but, when it comes to preventing and responding to abuse, there is a still “a long way to go, and many challenges to overcome,” says the UN’s first-ever Victims’ Rights Advocate Jane Connors.

Ms. Connors’ post was established by the UN Secretary-General in 2017, a year that saw 62 allegations of abuse by UN personnel.

Her work has been supported on the ground this year by Field Victims’ Rights Advocates based in the Central African Republic, the Democratic Republic of Congo, Haiti and South Sudan.

The Field Advocates are the main contact for victims on the ground, and they ensure that victims receive appropriate and adequate help from the United Nations. They also work closely with partners, such as humanitarian actors, as well as civil society, including local human rights organizations.

In Haiti, Field Advocate Guiseppe Calandruccio has taken action to improve and better coordinate the UN response to paternity claims arising from sexual exploitation and abuse, providing survivors with the necessary information on the status of their cases, which enables them to ensure their children get the support they deserve.

In an interview with UN News, Mr. Calandruccio said that a number of victims filed paternity claims in connection to alleged exploitation: “Paternity claims means children. These children need the necessities of daily life. One project we recently launched was a package to enable those children to attend school, so financial assistance to ensure that school fees and other needs are covered, that they have lunchboxes. This makes a big difference because children can join society and feel like everybody else.”

Over the past year, South Sudan Field Advocate, Stephani Scheer, has dealt with by issues such as paternity claims and sexual abuse resulting in pregnancy.

Ms. Scheer has been successful in ensuring that victims and complainants access the necessary services, medical, psychosocial and social services, which has been made possible through networking and building relationships with partners throughout South Sudan and by selecting the appropriate victim assistance service providers.

In the Central African Republic (CAR), Natalie Ben Zakour Man is working to ensure that legal assistance is provided to victims in respect of paternity claims and access to justice.

Speaking to UN News, Ms. Zakour Man said that a big problem faced by young girls in CAR is marginalization and stigmatization, the consequences of which are “enormous.”

Often one of the first people to contact victims, Ms. Zakour Man works to ensure that their complaints are dealt with confidentially, and that they are protected and not further exposed.

Reporting of abuse in CAR is now being strengthened, says Ms. Zakour Man, by a recent information-sharing agreement between the UN, the country team and the CAR Government.

"Many areas for improvement"

Ms. Connors Jane Connors spent much of her first year meeting victims confidentially face-to-face, and hearing first-hand how they felt let down, and distrustful of the UN.

Following these field visits, she has noted many areas for improvement: victims need better follow-up on the status of their cases; the range of services for victims, and access to justice and legal assistance, needs to be improved; and there needs to be a more resolute approach to prevention, accountability and combating impunity.

“We cannot allow the abhorrent conduct of a few to tarnish the work of thousands of women and men who work for the UN, uphold the values of the UN Charter and serve with pride and professionalism, often in dangerous or difficult settings,” said Ms. Connors.

Reasons for sexual exploitation by UN personnel, she continued, include “lack of training, ignorance or lack of acceptance of UN rules and values, inadequate screening and vetting and, above all, impunity. Sexual exploitation and abuse in peacekeeping and humanitarian contexts mirror similar patterns of behaviour in societies generally.”

Looking at her second year priorities, Ms. Connors will focus on raising awareness on victims’ rights, working with the UN system and experts to develop a code on victims’ rights, and reaching out to other bodies in the humanitarian, sporting and faith-based sectors whose work has been compromised by the sexual misconduct of their members, so that the rights of victims are central to their strategies on prevention and response. 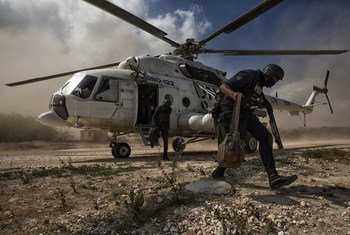 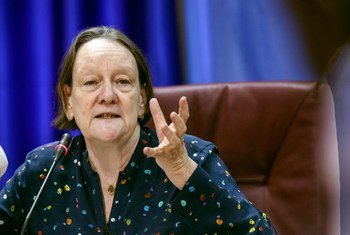 7 December 2017
The relationship between United Nations peacekeepers and civilian staff and the vulnerable people in South Sudan they are working for must be one of mutual trust and confidence, said a senior UN official, noting that instances of sexual exploitation and abuse by UN personnel not only breaks down that relationship, it also destroys the trust communities have in the Organization.