Bridging the ‘gender digital divide’ is about more than ensuring that women and girls have basic access to the Internet and cell phones; it means providing training so they have the skills to use information and communications technologies (ICTs) to their benefit, and taking active measures to boost the numbers of women in ICT leadership positions, including in academia and entrepreneurship.

These are among the key takeaways from the inaugural report of the EQUALS Research Group, led by the United Nations University (UNU), which puts structural issues and core concerns that women and girls face online at the centre of efforts to understand the gender digital divide.

Equality in ICT access involves more than mere availability and use of mobile phones. To what extent do women have equal access to devices other than mobile phones, as well as control over those devices and the ability to use the technology in beneficial ways?

With women and girls making up the majority of the more than three billion people offline, closing the gender digital divide has the potential to empower women both online and off, in various facets of their lives including their economic and social conditions. 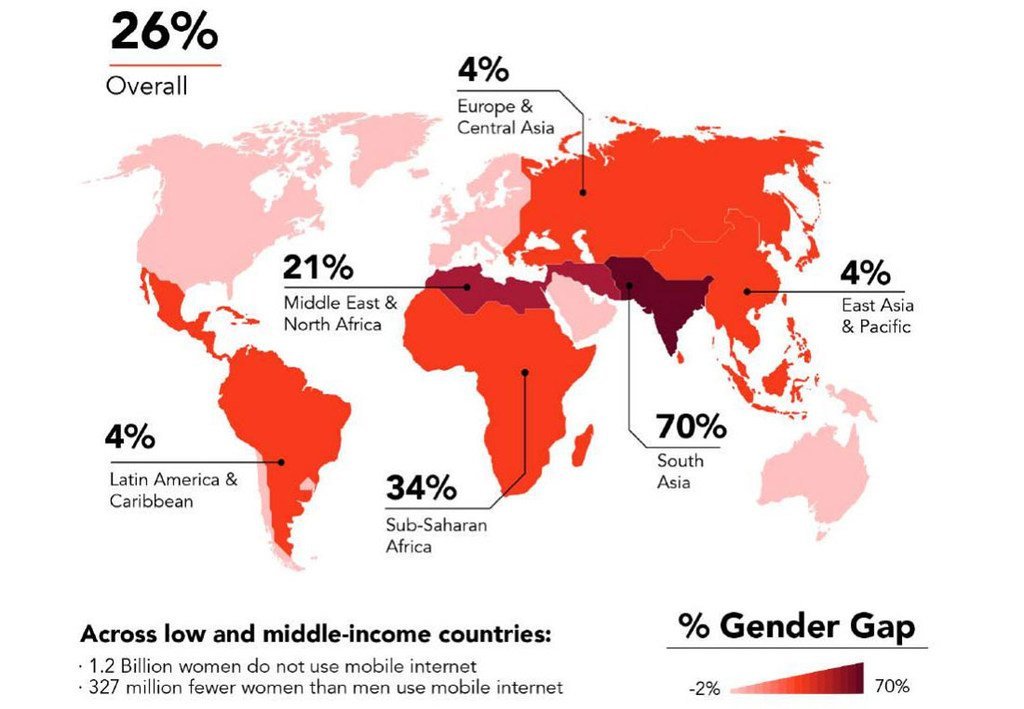 In the report’s foreword, UN Secretary-General António Guterres agrees that ICTs have the potential to alleviate many of the steep barriers faced by women, and to ensure the 2030 Agenda for Sustainable Development is achieved by all, but says to reach those goals, the international community needs the data and evidence that demonstrate the extent and implications of the gender divide.

“This [report] fulfils that need by providing comprehensive insights on gender digital inequality, highlighting the implications of persistent gaps and the reduced, unequal and even dangerous digital experiences of women and girls compared to men and boys,” he explains.

The report outlines the state of gender equality in access to information and communication technologies; differences between men’s and women’s digital skills; and the extent of women’s participation in digital technology industries as employees, leaders and entrepreneurs.

“Its findings should urge us to make urgent investments in digital gender equality, as a foundation for all our work,” says Mr. Guterres, adding that it also highlights the importance of gender-disaggregated data to identify and monitor inequalities, without which it is impossible to assess progress and the achievement of development goals.

The report, released in connection with the current session of the Commission on the Status of Women (CSW63), which opened at UN Headquarters on Monday and will run through 22 March, finds, among others, that while gender gaps are observable in most aspects of ICT access, skills and leadership, the overall picture is quite complex.

For example, there are large regional variations: some countries are close to parity or have even reversed the gender gap on some indicators, while others still have persistent gaps. Moreover, individual countries can have both large and small gaps, depending on the indicator being measured. Interpreting the gaps requires careful and contextualized analysis.

These and other complexities spotlight the fact that there is no one conclusive strategy for eliminating gender digital inequalities. The report finds that recommendations generally call either for targeting specific contributing factors of gender digital inequality (such as affordability or recruiting practices), or for reshaping deeply ingrained social norms and practices (such as gender stereotypes) that are at the root of gender inequalities.

Ensure digital technologies are 'a force for good', Guterres says in message for International Day