UNMISS/Isaac Billy
Shocking incidents of rape in South Sudan, have led to an intensification of road patrols by the UN Mission, UNMISS, to try and protect women and girls while walking.

Sexual attacks in South Sudan are so common that mothers now teach their daughters how to survive the ordeal of being raped, in such a way as to minimize the violence. That’s according to Yasmin Sooka, chair of the UN Commission on Human Rights, who was speaking on Tuesday in front of the Human Rights Council in Geneva, during its latest session.

She said that “the protracted conflict in South Sudan has had the most profound impact on women and girls, who have suffered sexual violence, including multiple rapes, at the hands of both government forces and opposition forces.”

The on-going culture of sexual violence on all sides, comes despite the signing of a Revitalized Agreement last September, which Ms. Sooka said had led to an “overall improvement” in peace and security, although fighting has continued in Yei state.

The world’s youngest country has become riven by civil conflict between forces loyal to the President and his former Vice-President, since 2013, leading to thousands of deaths, more than 2.2 million refugees who have fled across the border, famine in some areas, and a devastated economy.

‘Every societal norm’ being broken

“The Commission was outraged by the testimony of many South Sudanese women who said that the risk of rape is so high in going out of the Protection of Civilians sites to forage for food and collect wood”, said Ms. Sooka, “that they have had to teach their daughters how to respond to their rapists…to minimize the violence.”

The rights expert also noted that thousands of youngsters had been recruited by commanders who promised them that they could loot villages and rape women and girls, in lieu of payment.

“These are not random incidents of sexual violence but a systematic widespread pattern and characteristic of the conflict in South Sudan, where rape and sexual violence are used as a tactic of warfare against women and girls by all of the warring parties to sow terror and fear amongst the civilian population”, said the Commission Chairperson.

“No one is safe – not young boys, the elderly or the disabled, as the belligerents break every societal norm that has long held the people of South Sudan together.”

Mr. Unango also told the Human Rights Council that there had been “no serious military engagement” between Government forces and any other armed group. 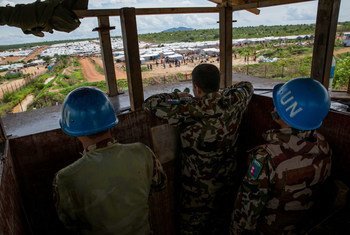 September’s UN-backed South Sudan peace agreement is holding and has led to positive change, but tens of thousands of civilians in the war-weary nation are still reliant of life-saving humanitarian assistance, and time is running out. This was the message that David Shearer, Special Representative of the UN Secretary-General for South Sudan, relayed to the Security Council on Friday. 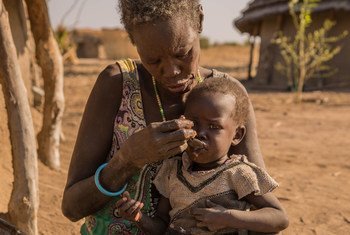