The top UN official working to end rape during wartime said she was encouraged by recent “positive steps” taken by the South Sudanese army to bring perpetrators to justice, thereby underscoring the Government’s commitment to zero tolerance.

Pramila Patten, Special Representative of the Secretary-General on Sexual Violence in Conflict, has welcomed courts martial verdicts which resulted in rape convictions for 13 members of the South Sudan People’s Defence Forces (SSPDF), according to a statement issued on Monday.

South Sudan: 🏆 In a victory for the fight against impunity, @USGSRSGPatten welcomes the conviction of perpetrators of sexual violence in Yei.These verdicts send an important message to perpetrators about the consequences of their actions. 👉 https://t.co/tbM13hgy20 pic.twitter.com/WEcn7Ppcfv

The military trials were held in the southwestern town of Yei, and the convictions last month were part of a process that saw 26 soldiers sentenced for killing, looting and other offenses committed in 2019 and 2020.

“I also welcome the recent convictions in civilian courts in Kuajok and Wau of two SSPDF soldiers for gang rape and rape respectively of underage girls, one South Sudan National Police Service (SSNPS) officer for rape, and three members of the pro-Riek Machar Sudan People’s Liberation Army in opposition (SPLA-IO) for rape in Yambio and Wau court,” Ms. Patten said.

“These verdicts not only send a message to perpetrators about the consequences of their actions, but also reaffirms the government commitment to a zero-tolerance policy for conflict-related sexual violence.”

The UN official commended “the brave survivors who came forward to testify and seek justice”.  She also acknowledged the critical role civil society had in both advocating for and supporting them.

“I also remind the authorities that as part of transitional justice and peacebuilding processes, survivors have the right to a remedy, reparations and compensation”, Ms. Patten stated.

Ongoing support to the Government

South Sudan is the world’s youngest nation, having gained independence from Sudan in July 2011.

The country descended into conflict following a political crisis between President Salvar Kiir and Mr. Machar, his former deputy, in December 2013.

A Transitional Government of National Unity was established in February of this year, headed by President Kiir, with Mr. Machar appointed one of five vice-presidents.

Ms. Patten said her Office will continue to work with UN partners on the ground to ensure the Government meets its commitments to address conflict-related sexual violence, in line with a communiqué signed in October 2014.

Staff also will remain engaged on an action plan for the national army and police, aimed at strengthening prevention and ensuring prosecution for these crimes takes place in a manner that is transparent and sensitive to survivors. 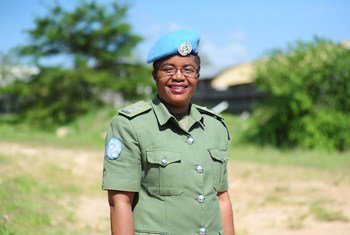 Chief Inspector Doreen Malambo, Gender Adviser at the United Nations Mission in South Sudan (UNMISS), has won 2020 UN Woman Police Officer of the Year Award, in honour of her work supporting vulnerable groups, such as women, girls, children, and people with disabilities. 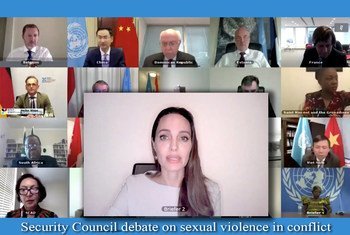