After a recent "savage” killing and the abduction of a one-year-old baby in Malawi, United Nations experts have urged the Government to take immediate action to protect people with albinism and “end the ongoing atrocities”.

“We urge the authorities to step up their investigations into these incidents and bring the perpetrators to justice,” the experts said in a statement on Friday.

People with albinism are born with lighter than normal skin, hair and eye colour, making them sensitive to the sun and bright light.  In some communities they are attacked or even killed for their body parts which are erroneously believed to possess magical powers.

Since 2014, 150 cases of killings, attacks and other human rights violations against persons with albinism have been reported in the southeast African nation.

Despite various moves to support people with albinism, “the recent attacks demonstrate that the Government needs to redouble its efforts to end the ongoing atrocities,” according to the experts.

“We call on the Government to urgently address the root causes of these attacks and to strengthen nationwide campaigns to raise awareness, conduct robust investigations and prosecutions in all cases, increase protection for victims, and finance and implement all necessary measures,” stressed the experts.

UN experts fear that presidential and legislative elections due to take place in late May, could further aggravate the situation for persons with albinism. Killings and attacks often spike during election periods “because of false beliefs that their body parts can bring good luck and political power when used in witchcraft-related rituals,” the UN human rights experts said.

Some witchcraft practices result in “serious human rights violations”, such as torture, murder, discrimination and exclusion, including banishment from communities, they added.

“These two incidents are part of a larger disturbing pattern in Malawi where ritual killings and egregious human rights violations of the worst kind are instigated specifically against persons with albinism,” they underscored. “The attacks and violations are astonishing in their brutality.”

“We call on the authorities to ensure the deployment of adequate police and law enforcement personnel to protect persons with albinism where they live,” the experts concluded.

The pattern of attacks prompted the Independent Expert on the enjoyment of human rights by persons with albinism, Ikponwosa Ero, to reiterate the need to follow the concrete recommendations she made, following her 2016 visit to the country.

The experts also expressed concern at the reported backlog of cases of human rights violations and crimes against persons with albinism, noting that to date, there have been very few prosecutions, giving the impression of impunity. 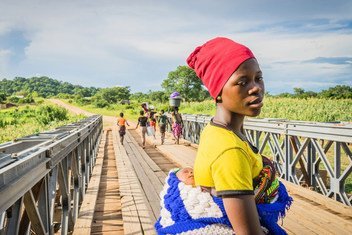