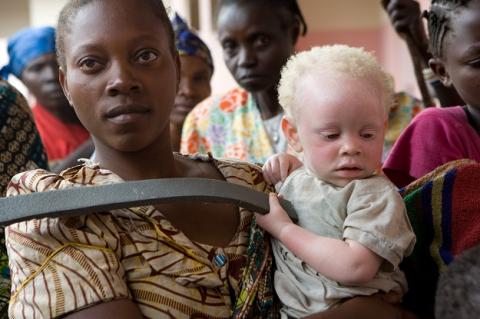 MacDonald Masambuka, 22, went missing in February.  His body was discovered in April. Local media reported that his legs and arms had been removed.

Maria Jose Torres, UN Resident Coordinator in the African country, has welcomed the end of investigations into his killing.

Twelve people--among them a police officer and a priest—have entered pleas on a series of charges that include murder and causing harm to persons with disabilities.

“We call on the Government to promptly prosecute the alleged perpetrators in this landmark case,” she said in a statement issued on Wednesday.

Ms. Torres added that the UN remains concerned about continued attacks against persons with albinism.

People with the condition are born with lighter than normal skin, hair and eye colour, making them sensitive to the sun and bright light.  In some communities, they are attacked or even killed for their body parts which are erroneously believed to possess magical powers.

At least 10 people with albinism remain missing in Malawi, according to Ms. Torres.

The UN official called on the national authorities to intensify efforts to resolve the outstanding cases and to step up protection and support to victims and their families.

She also urged them to prioritise investigations and prosecutions of crimes against persons with albinism, in line with commitments made at a meeting in June, convened by the UN in the capital, Lilongwe.

The global community has been working to fight stigma, discrimination and violence against persons with albinism, with 13 June celebrated each year as International Albinism Awareness Day. 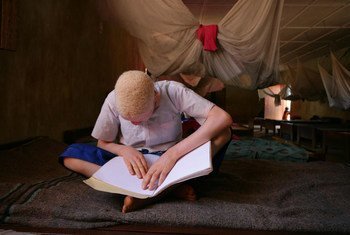 ‘Much more’ can be done to raise awareness about the plight of persons with albinism: UN chief

On the international day to raise awareness on albinism – a rare genetic condition that results in the lack of melanin in the body – United Nations Secretary-General António Guterres has called for greater solidarity with people living with albinism, so they can live more empowered lives.