Parliamentarians in the southern African nation voted on Wednesday, according to news reports, to remove the so-called “vices against nature” provision, in effect, decriminalizing all same-sex conduct, and established a new penal code which will prohibit discrimination.

Speaking in Geneva on Friday, the Spokesperson for the UN High Commissioner for Human Rights (OHCHR) welcomed the development. Rupert Colville said that the Government has also prohibited discrimination against people based on sexual orientation.

Also welcoming the decision, a UN Independent Expert on protection against violence and discrimination based on sexual orientation and gender identity, said that such legislation “was one of the root causes behind grave and pervasive human rights violations against gay, lesbian, trans and bisexual people”.

In his statement, Victor Madrigal-Borloz, urged other States to follow Angola’s move, adding that “all other countries that still criminalize homosexuality, must observe these processes of decriminalization as motivation to examine their own legal frameworks, and to bring themselves to full compliance with this human rights imperative”.

Of the 193 countries recognized by the United Nations, 68 still criminalize same-sex conduct.

Mr Madrigal-Borloz highlighted that the mere existence of provisions, even when not used to actively prosecute cases, “creates an environment conducive to violence and discrimination”.

“In Angola lesbians, gays, and bisexual and trans persons have denounced significant barriers in access to health, employment, education and other essential processes, all due to the perception that their very identities are criminal in nature”, he concluded.

Commenting on the ban, the Human Rights Watch NGO, noted that Angola's only gay rights lobbying organization, Iris Angola, was granted legal status last year after four years of operation. The rights group said that they changes marked the latest reform ushered in by the administration of President João Lourenço, a former defense minister who took office in 2017.

The group called the decision an “historic moment” allowing the organization to defend the rights of sexual minorities in Angola. Mozambique, another former Portuguese colony, decriminalized homosexuality in 2015, when it too adopted a new penal code.

♦ Receive daily updates directly in your inbox - Subscribe here to a topic.
♦ Download the UN News app for your iOS or Android devices.
Angola|LGBTI rights 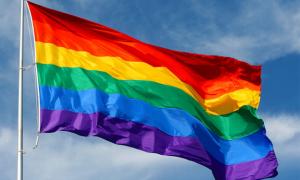 A landmark ruling in India that decriminalizes gay sex has been welcomed as a “ground-breaking decision” by the UN agency leading the fight against HIV/AIDS.