As it celebrates its centenary year, the International Labour Organization (ILO) must help to tackle inequality in the world of work through the efforts of its 180-plus members, said Director-General Guy Ryder on Wednesday.

The ILO chief’s message coincides with the launch of an interactive campaign promoting the work of the organization.

Founded by 44 countries in the aftermath of the First World War, the organization’s mission was to address growing and potentially explosive discontent with poor working conditions in Europe.

Today, that objective is shared by ILO’s 187 Member States, Mr Ryder maintained, in a statement to mark 100 years since the body was founded on 6 June, 1919.

Noting that the nature of work “has changed out of all recognition” in many parts of the world since 1919, thanks in large part to technological advances, Mr Ryder warned that many people have not seen the benefits.

“Hopes and fears are unevenly distributed,” he said. “Uncertainty is high and the levels of trust are all too low. And this tells us that the ILO centenary matters. It matters to us all, whatever the country you live in.”

From the number of hours we work to the principle of a fair wage and protection for injured or sick workers, these and many other social benefits and workplace rights that people from many nations take for granted, are the fruit of ILO’s intervention on the global stage.

Its work to improve labour laws and standards worldwide is symbolized by a triple-locking gate at its former headquarters in Geneva – now the home of the World Trade Organization (WTO) – whose keys are marked separately with each partner: governments, workers and employers.

Mr Ryder recalled that ILO’s role in promoting international peace through social justice was seen by some as a “wild dream” – a phrase first used by US President Franklin Roosevelt, ahead of the US decision to join the body in 1934.

Here’s what President Roosevelt said at the time: “I well remember that in those days the ILO was still a dream. To many it was a wild dream. Who had ever heard of governments getting together to raise the standards of labour on an international plane? Wilder still was the idea that the people themselves who were directly affected – the workers and the employers of the various countries – should have a hand with government in determining these labour standards.”

Born out of war and unrest

In 1919, the task of drafting the ILO Constitution was entrusted to a Labour Commission that was set up by Member States who took part in the Treaty of Versailles, which demanded reparations from a defeated Germany after the First World War.

The Commission met between January and April to write the Constitution, whose preamble highlights “unrest so great that the peace and harmony of the world are imperilled” – a reference to workers’ demands that the peace settlement should include measures for fairer working conditions, promoted through labour legislation and trade union rights. 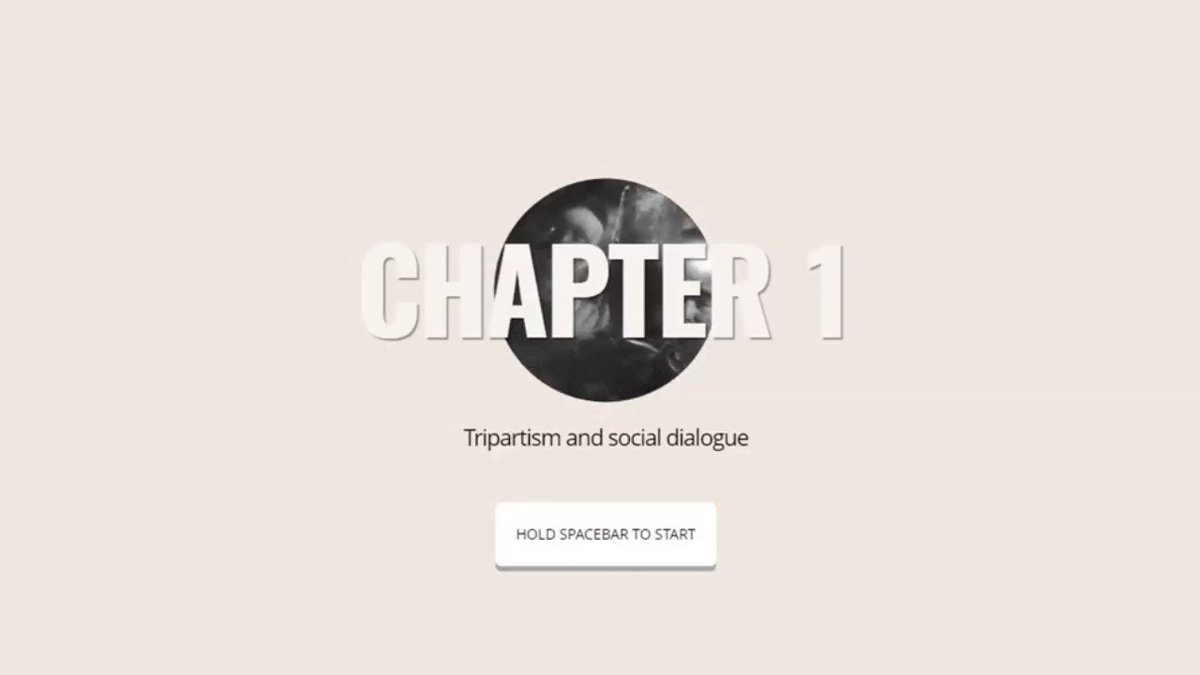 Amid such fears of potentially explosive social unrest - and with ILO’s place in the maintenance of peace clearly defined – the first International Labour Conference attended by 40 countries – was held in the U.S. capital, Washington DC, from October to November 1919.

Then, as now, international labour standards were adopted and crafted into international treaties, spelling out the actions to be taken and the principles to be respected by the countries that ratify them.

These standards are one of ILO’s principal means of action and influence in the world of work, helping to create a level playing field in which governments, employers and workers compete fairly, ILO Director-General Guy Ryder believes.

“It is surely not beyond our capacities to build the future of work that we want, a future with decent jobs for all,” he said.

This vision “and the political will that goes with it” are needed as never before, Mr Ryder insisted, “because for too many people, the world of work falls far short of their reasonable expectations”.

Noting that the ILO has “100 years of accumulated experience and expertise” and “decades of experience” in bringing about improvements in the world of work for many decades, Mr Ryder added that he believed “that (political) determination is very much present in the ILO's constituents”.

♦ Receive daily updates directly in your inbox - Subscribe here to a topic.
♦ Download the UN News app for your iOS or Android devices.
International Labour Organization