UNICEF/UN0269241/Chute
Baby girl who was born at the stroke of midnight 2019, on 1 January in Fiji. Losena was one of two mothers who gave birth between 12.00 am and 12.01 am at the Colonial war memorial hospital, Suva Fiji.

As the calendar flips to 2019, about 395,072 babies will be born around the world, the United Nations Children’s Fund (UNICEF) said on Tuesday, adding that a quarter will be born in South Asia alone.

As revelers say ‘hello’ to 2019 with great festivities, the world welcomes its newest residents. In a press release issued on the first day of the year, UNICEF said that globally, over 395,000 children are expected to be born on 1 January.

Over half of these births are estimated to take place in eight countries which include India, China, Nigeria, Indonesia, the United States and the Democratic Republic of Congo.

As the clock strikes midnight, Sydney, Australia will greet an estimated 168 babies, followed by 310 in Tokyo, 605 in Beijing, 166 in Madrid, and finally, 317 in New York. The first babies were born in Fiji in the Pacific, and the US will most likely deliver its last.

‘Make a resolution to fulfill every right of every child’

UNICEF is taking the opportunity to call on nations to meet every newborn’s right to health and survival. The agency’s Deputy Executive Director, Charlotte Petri Gornitzka, asked the world to join UNICEF in “making a resolution to fulfill every right of every child, starting with the right to survive”.

Fiji welcomes one of the world’s first babies of 2019!This baby girl was born in Suva, Fiji at 12.00am on 1 January 2019. Both mother and daughter are doing well!Over 395,000 babies are born worldwide on New Year’s Day → https://t.co/MGk7V4LzNQ#HappyNewYear pic.twitter.com/NvLWEg71aJ

As families take into their arms countless Alexanders and Ayeshas, Zixuans and Zainabs, in several countries many babies will not even be named as they won’t make it past their first day, the agency warned. According to UNICEF, in 2017, about one million babies died the day they were born, and 2.5 million in just their first month of life.

Most died from preventable causes such as premature birth, complications during delivery, and infections like pneumonia, in what the agency called ‘a violation of their basic right to survival’.

“We can save millions of babies if we invest in training and equipping local health workers so that every newborn is born into a safe pair of hands”, Ms. Gornitza added.

2019 also marks the 30th anniversary of the adoption of the Convention on the Rights of the Child. Under the convention, governments committed to take measures to save every child by providing good quality health care.

Over the past three decades, the world has seen remarkable progress in child survival, cutting the number of children worldwide who die before their fifth birthday by more than half. But there has been slower progress for newborns. Babies dying in the first month account for 47 per cent of all deaths among children under five. 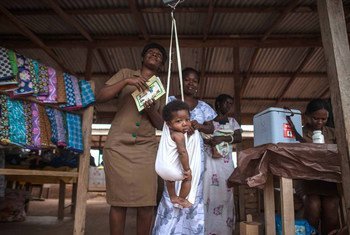 Better care, stronger laws needed to save 30 million babies on the brink of death

Nearly 30 million babies each year -  nearly a quarter of the total - are born too soon, too small or become sick, requiring specialized care to survive beyond the first month of life, according to a new report by a global coalition that includes the UN Children’s Fund (UNICEF) and World Health Organization (WHO). 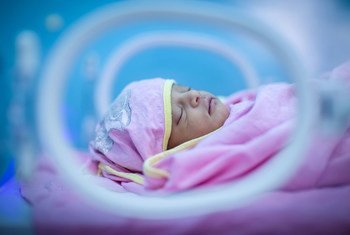 Around 6.3 million children under the age of 15, died from mostly preventable causes last year, the equivalent to one child dying every five seconds, according to a new report compiled by a group of United Nations agencies. Newborn babies account for half of the deaths.