Mother and baby next to a traditional cook stove in Bangladesh. World Bank/Prabir Mallik
6 December 2017
Health

Almost 17 million babies live in areas where air pollution is at least six times higher than international limits, causing them to breathe toxic air and potentially risking their brain development, according to a new paper released on Tuesday by the United Nations Children's Fund (UNICEF).

Danger in the Air, notes that breathing in particulate air pollution can damage brain tissue and undermine cognitive development – with lifelong implications and setbacks.

“Not only do pollutants harm babies' developing lungs – they can permanently damage their developing brains – and, thus, their futures,” said UNICEF Executive Director Anthony Lake.

Satellite imagery reveals that South Asia has the largest proportion of babies under the age of one living in the worst-affected areas, with 12.2 million babies residing where outdoor air pollution exceeds six times international limits set by the World Health Organization (WHO). The East Asia and Pacific region is home to some 4.3 million babies living in areas that exceed six times the limit.

“Protecting children from air pollution not only benefits children. It also benefits their societies – realized in reduced health care costs, increased productivity and a safer, cleaner environment for everyone,” he stressed.

The paper shows that air pollution, like inadequate nutrition and stimulation, and exposure to violence during the critical first 1,000 days of life, can affect the development of their growing brains.

It explains that ultrafine pollution particles are so small that they can enter the blood stream, travel to the brain, and damage the blood-brain barrier, which can cause neuro-inflammation. 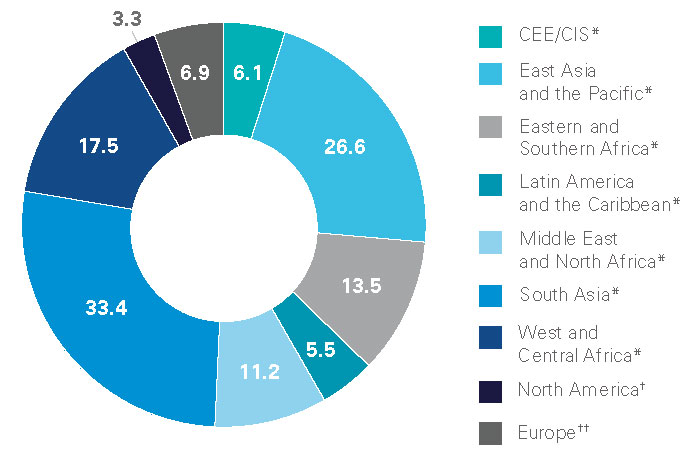 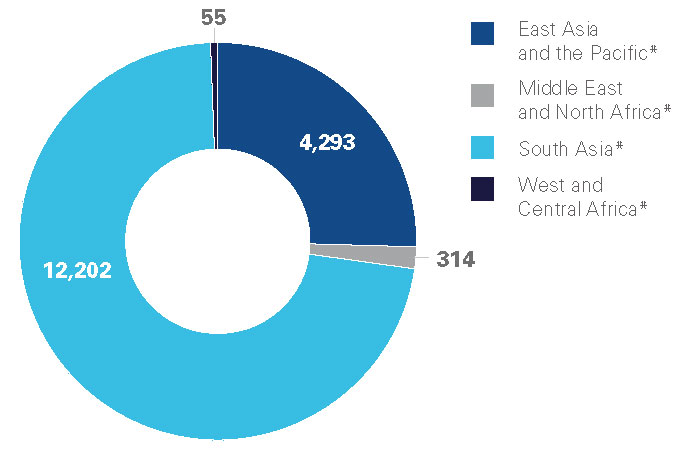 Some pollution particles can cause neurodegenerative diseases while others can damage brain areas for learning and development.

A young child's brain is vulnerable: by a smaller dosage of toxic chemicals, as compared to an adult's; as they breathe more rapidly; and because their physical defences and immunities are not fully developed.

The paper outlines urgent steps to reduce the impact of air pollution on babies' growing brains, including immediate actions for parents to decrease children's exposure at home to harmful fumes produced by tobacco products, cook stoves and heating fires.

Danger in the Air advises reducing children's exposure to pollutants by traveling during lower air pollution times of the day; providing appropriately fitting air filtration masks, in extreme cases; and creating smart urban planning so that major sources of pollution are not located near schools, clinics or hospitals.

Finally, as reducing children's exposure begins with understanding the quality of air they are breathing, the report endorses improved knowledge and monitoring of air pollution.

“No child should have to breathe dangerously polluted air – and no society can afford to ignore air pollution,” Mr. Lake concluded.

♦ Receive daily updates directly in your inbox - Subscribe here to a topic.
♦ Download the UN News app for your iOS or Android devices.
pollution|Children