UN Photo/Mark Garten
The Moroccan and United Nations flags are raised to mark the opening of the Global Compact for Migration conference in Marrakesh, Morocco.
9 December 2018
Migrants and Refugees

Leading Government representatives from more than 150 States have arrived in Marrakech, Morocco, with a view to adopting a ground-breaking UN-led global migration compact which is designed to make the growing phenomenon safer and more dignified for millions on the move.

On the eve of the opening of the intergovernmental conference centred around the Global Compact for Migration, United Nations Secretary-General António Guterres thanked everyone at the conference for their commitment "to agreeing a common approach to international migration in all its dimensions."

Your participation in this conference is a clear demonstration of the importance our global community places on the pursuit of the better managment of international migration, through a cooperative approach - UN chief Guterres

Thanking in particular the Moroccan Government and  people for their welcome and the "fantastic miracle" of the conference centre in Marrakech,  he said that "many months of inclusive dialogue have produced an impressive document on one of the most pressing global challenges of our times."

"Your participation in this conference is a clear demonstration of the importance our global community places on the pursuit of the better managment of international migration, through a cooperative approach that is grounded in the principles of state sovereignty, responsibility-sharing, non-discrimination and human rights."

Mr. Guterres urged world leaders to “breathe life” into what has been agreed on, and "demonstrate the Compact’s utility: to Governments as they establish and implement their own migration policies,” as well as “to communities of origin, transit and destination; and to migrants themselves.”

The Global Compact for Safe, Orderly and Regular Migration (GCM) is the first-ever inter-governmentally negotiated agreement to cover all dimensions of international migration in a holistic and comprehensive manner.

It was born out of the New York Declaration for Refugees and Migrants, adopted unanimously by the UN General Assembly in September 2016, and is the culmination of 18 months of discussions and consultations among Member States, and other actors, including national and local officials, civil society, private and public sectors and migrants.

The United Nations Special Representative for International Migration Ms. Louise Arbour emphasized that “the adoption of the Migration Compact is a re-affirmation of the values and principles embodied in the UN Charter and in international law.”

The UN asserts that the GCM is not a legally binding document and that its text is an agreed outcome from several years of intergovernmental negotiations and it is for each State to determine its own next steps.

During the reception ceremony, the Secretary-General officially launched the United Nations Network on Migration, with the aim of mobilizing the full resources of the world organization and expertise, in support of Member States. He announced that the “the International Organization for Migration (IOM) will play a central role” in the network.

Expressing his confidence in the new network, Mr. Guterres highlighted some of its core features saying that “it will focus on collaboration.” In addition to that, the network will have an inclusive structure, while embodying UN values, like diversity and an openness to working with all partners, at all levels, he explained.

In the morning, the head of the conference Ms. Arbour, accompanied by the Moroccan Permanent Representative to the UN, Omar Hilale, at a flag-raising ceremony. A symbolic act of solidarity and intent, for the gathering in Marrakech, which has taken months of negotiation and effort, and seen several countries in recent weeks waver in their support for the adoption of the Compact.

#MigrationCompact in #Marrakech represents a "cooperative approach that is grounded in principles of state sovereignty, responsibility-sharing, non-discrimination and human rights" - UN chief @antonioguterres #ForMigration, and millions on the move the world over. pic.twitter.com/GY32N8IJCo

Calling it a historic moment for both his country and the United Nations, Mr. Hilale said it was “a historic moment for two reasons”, both as the first ever international conference on the issue, and “the second reason is that the Marrakech document will be the first document in UN history that will address the rights of migrants and defend it. Marrakech will lend its name to this document.”

Ms. Arbour praised the Kingdom of Morocco for creating an inspiring environment to launch “one of the defining projects of our generation,” as she described it, adding that “the Marrakech Compact will remain the reference for all future initiatives dealing with cross-border human mobility.”

With hours to go before Governments are expected to adopt the Compact, Ms. Arbour stressed that what came next was the crucial phase.

It is the implementation of the Compact “that will forever change the way the International Community manages human mobility,” she said.

♦ Receive daily updates directly in your inbox - Subscribe here to a topic.
♦ Download the UN News app for your iOS or Android devices.
global migration 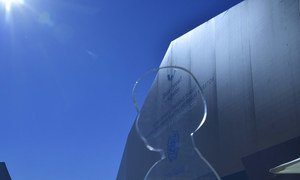 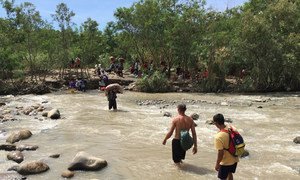