The text of the agreement, formally known as the Global Compact For Safe, Orderly and Regular Migration, was agreed by Member States under the auspices of the UN General Assembly last July, and hailed by Secretary-General António Guterres as “a significant achievement.”

The non-binding Global Compact is grounded in values of State sovereignty, responsibility-sharing, non-discrimination, and human rights. It recognizes that a cooperative approach is needed to optimize the overall benefits of migration, while also mitigating its risks and challenges for individuals and communities in countries of origin, transit and destination.

The UN chief said, in a statement, the Global Compact “also recognizes that every individual has the right to safety, dignity and protection.”

With more than 68 million forcibly on the move today, migrants and refugees have made headlines across the globe in recent years; from the refugee crisis in Europe, to the migrant caravans hailing from Central America and heading to the southern borders of the United States.

Here’s what you need to know ahead of the two-day Marrakech Intergovernmental Conference beginning on Monday:

The Conference in Marrakech will focus on migration. And regular migration, as the Special Representative for International Migration Ms. Louise Arbour puts it, “refers to people who enter or stay in a country in which they are not a national through legal channels, and whose position in that country is obviously known to the government and in conformity with all the laws and regulations.” Regular migrants represent the “overwhelming majority of people who cross borders,” Ms. Arbour added in a recent interview with UN News.

While irregular migration “is the situation of people who are in a country, but whose status is not in conformity with national requirements”, the vast majority of them, explains the senior UN migration official, have actually entered the country legally, perhaps with a tourist or a student visa, and then extended their stay: “They can be regularized, or if not, they need to be returned to their country of origin,” she said.

Refugees, on the other hand according to the UN Refugees Agency (UNHCR), is someone who has been forced to flee his or her country because of persecution, war or violence. They have “a well-founded fear of persecution for reasons of race, religion, nationality, political opinion or membership in a particular social group”.

What’s at stake for those on the move and their communities?

The latest data from UN migration agency IOM, shows that so far this year 3,323 people have died or gone missing on migratory routes across the globe, the majority in the Mediterranean Sea, where thousands continue to attempt the crossing to mainland Europe, mainly from Africa and Asia.

Migration is becoming harder and harder, especially where Europe is concerned. The IOM highlighted an incident, where a Spanish fishing boat, the “Nuestra Madre Loreto,” was stuck at sea for over a week after rescuing 12 migrants who sailed from Libya on a dinghy in early November. No EU nation agreed to grant the migrants authorization to land, according to Spanish news reports.

Many countries in the world need workers from outside, as Special Representative Arbour, has pointed out: “The demographics are suggesting that if they want to maintain their current economic standards or even grow their economy, they're going to have to receive well-trained foreigners to meet labor market demands.”

So how can migration be regulated so that it works for everyone - people and countries alike? The Global Compact is designed to address that, by working at the national, regional and global level, explained Ms. Arbour, “There is no question that we would see an increase in harvesting the benefits of migration and very importantly, reducing some of its negative aspects.”

Ms. Arbour, who will chair the Conference in Marrakech, said that if the Compact is adopted we would see “a great improvement on the development aspects, that humanitarian aspect and all the economic benefits that migration is capable of producing, if it's well managed in a cooperative way."

What is the Global Compact?

The Global Compact, which was first agreed by UN Member States on July 13th, is a comprehensive document to better manage international migration, address its challenges, and strengthen migrants’ rights while contributing to sustainable development.

The text of the Global Compact is deeply rooted in the Charter of the United Nations and the Universal Declaration for Human Rights. Ms. Arbour, who herself has served as the UN High Commissioner for Human rights, has described it as “a great project of international cooperation going forward.”

Noting that “migration has been part of the human experience throughout history,” and recognizing it is a source of prosperity, innovation and sustainable development in a modern globalized world, the Compact expresses the collective commitment of member states to improve cooperation on international migration.

The Compact clearly “acknowledges that no State can address migration alone, and upholds its sovereignty and its obligations under international law,” and therefore presents a non-legally binding, cooperative framework that builds on the commitments agreed upon by the States themselves two years prior in the New York Declaration for Refugees and Migrants.

The most recent former President of the General Assembly Miroslav Lajčák, who made migration a cornerstone of his agenda, stressed in July that the Compact “does not encourage migration, nor does it aim to stop it,” adding that, “it does not dictate. It will not impose. And it fully respects the sovereignty of States.”

He explained that implementing the Compact will shift gears “from a reactive to a proactive mode”. Mr. Lajčák went on to say that “it can provide a new platform for cooperation. And it can be a resource, in finding the right balance between the rights of people and the sovereignty of States.”

With the absence of a handful of States, who have recently signaled that they will not be part of the Compact, Ms. Arbour said that “the overwhelming majority of UN member states are supportive of this cooperative project.”

“I think that their foreign policy and the spirit of multilateralism is pretty seriously affected if they, in a sense disengage from a document that they've agreed to just a few months ago. So, I think it reflects very poorly on those who participated in what were actual negotiations,” Mr. Arbour told UN News.

Migration is a human phenomenon...Why address it now? 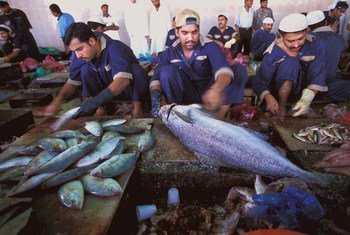 Human migration is not a new phenomenon, in fact, humans have always moved around from one place to another throughout history. But the world has seen a major increase in the number of migrants lately, which is likely to increase due to climate change, said Ms. Arbour.

“There are today 3.4 percent of the world’s population who are migrants. In the year 2000 it was 2.7 percent,” she said. “It’s a phenomenon. It has been up until now on the increase. Will it continue to increase? You know, when we look at the demographics, and many factors, climate change, yes, there is an expectation that we’ll see even more people on the move.”

What to watch for during the conference

On December 10th, the Universal Declaration of Human Rights (UDHR) turns 70, and the Office of the High Commissioner for Human Rights (OHCHR) will celebrate the 70th anniversary by holding a side event showcasing opportunities for businesses of all sizes and sectors to strengthen and scale up their efforts on human rights.

The Marrakech Conference will also see the official launch of the Migration Network, by the UN Secretary-General António Guterres. This body will ensure effective and coherent system‑wide support to the implementation of the Global Compact, with the International Organization for Migration (IOM) taking the lead role.

Other UN agencies, which have a migration mandate or aspect, will be part of the Network. This includes the UN Office on Drugs and Crime (UNODC) that deals with smuggling and trafficking, the United Nations Development Programme (UNDP), and the UN Refugees Agency (UNHCR).

While UNHCR deals with refugees, “there are often overlaps between refugees and migrants and mixed flows of population,” said Ms. Arbour, asserting that “all these UN agencies that have an interest in the issue will come together to try to maximize a collaborative approach.”

Migrants among most vulnerable, as IOM ramps up coronavirus response worldwide 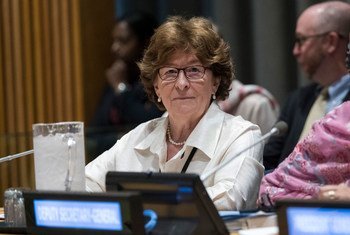 In an exclusive interview with UN News, Louise Arbour, the UN Special Representative for International Migration, said on Tuesday that the stated intention of several countries (including Hungary, Poland, the Czech Republic and Austria) to pull out of the Global Compact for migration has seriously affected the spirit of multilateralism. 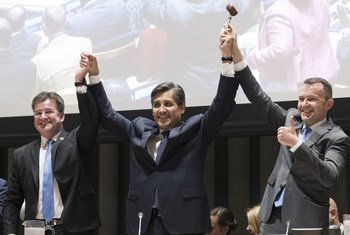