In an exclusive interview with UN News, Louise Arbour, the UN Special Representative for International Migration, said on Tuesday that the stated intention of several countries (including Hungary, Poland, the Czech Republic and Austria) to pull out of the Global Compact for migration has seriously affected the spirit of multilateralism.

Ms. Arbour pointed out that the text was agreed following extensive negotiations – involving all Member States apart from the United States – that lasted for months, during which each country advanced their own interests and extracted concessions from others, adding: “I think it reflects very poorly on those who participated in negotiations…it's very disappointing to see that kind of reversal so shortly after a text was agreed upon.”

On Sunday, Slovakia’s Prime Minister became the latest national leader to announce their withdrawal of support for the Compact, according to news reports. 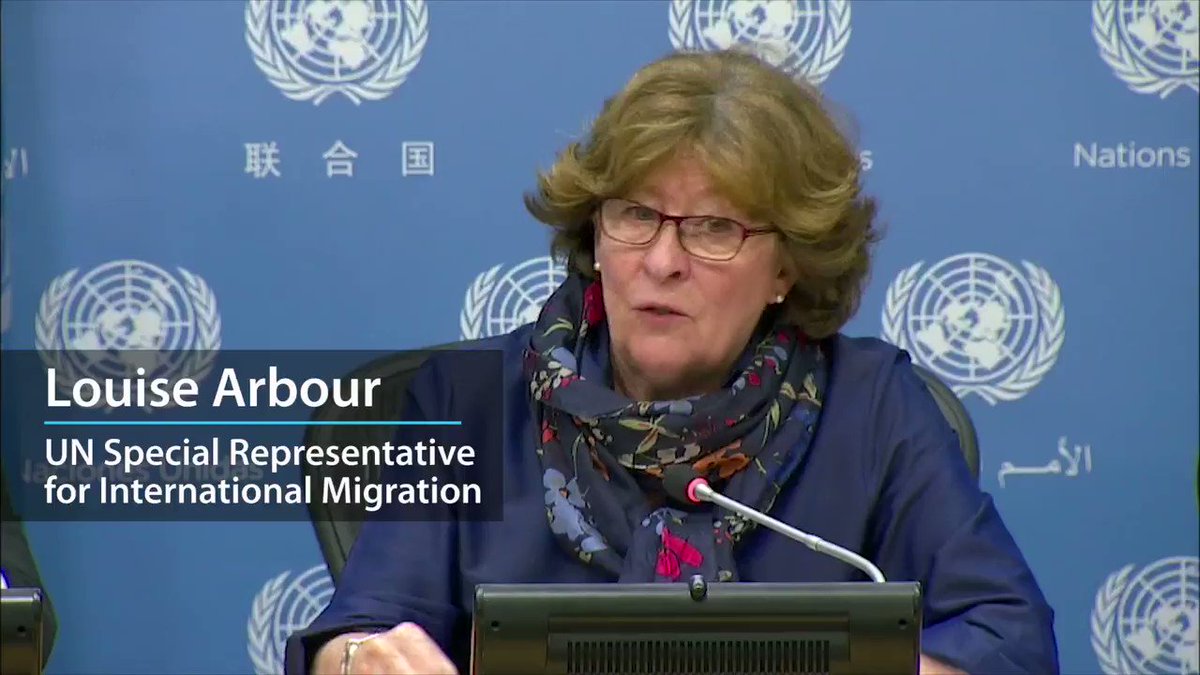 However, she said that the vast majority of States are still signed up to the initiative: a cooperative non-binding document which is designed to set clear objectives to make migration safe, orderly and regular.  It sets out to address the concerns of signatory governments while reinforcing national sovereignty; and recognizes the vulnerabilities faced by migrants.

Ms. Arbour says that, once implemented, it would allow migrants and Member States to prosper: “There is no question that we would see an increase in harvesting the benefits of migration and, very importantly, reducing some of its negative aspects such as irregular migration, with people moving in chaotic, dangerous ways,” she said.

“We would see a great improvement on the development aspects, the humanitarian aspect, and all the economic benefits that migration is capable of producing, if it's well managed, in a cooperative way,” added the former High Commissioner for Human Rights, and senior Canadian judge.

Addressing the often-negative discourse surrounding migration, Ms. Arbour said that governmental policies need to be data-driven, and connect with reality: “There are many, many countries in the world today that will need to import a part of their workforce. The demographics are suggesting that if they want to maintain their current economic standards or even grow their economy, they're going to have to receive well-trained foreigners to meet the labour market demands in their countries,” she said, adding that “to foster a culture of exclusion in such a case, is entirely counterproductive.”

The compact is due to be formally adopted at a conference in the Moroccan city of Marrakesh in December, where Ms. Arbour said that she expects to hear Member States express their intentions to implement the parts that are particularly significant to them, share their commitments, innovative ideas, and forge more partnerships.

The conference will also see the launch of the Migration Network, by the UN Secretary-General António Guterres. This body, coordinated by the International Organization for Migration (IOM), will oversee the implementation of the Global Compact for migration, and will involve all UN agencies that include a migration aspect as part of their mandate.

♦ Receive daily updates directly in your inbox - Subscribe here to a topic.
♦ Download the UN News app for your iOS or Android devices.
Louise Arbour 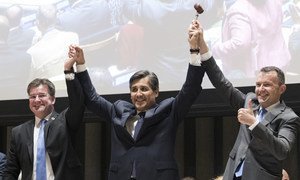 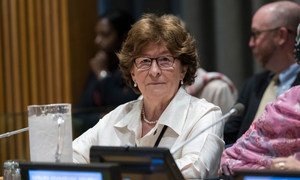 International migration “has been with us forever”, and a safe and orderly means of facilitating it is “in everybody’s interest”, said a UN envoy.