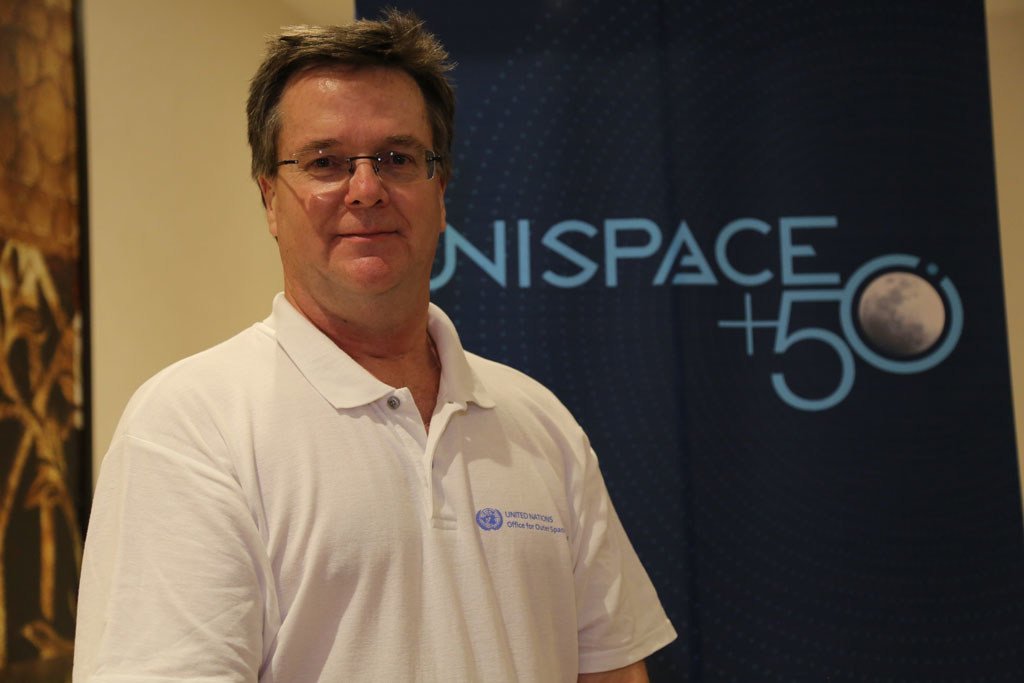 Space applications related to telecommunications and global navigation can play a vital role in supporting disaster risk reduction, response and recovery efforts, a senior United Nations official said today at the UN forum on space as a socio-economic driver for sustainable development under way in Dubai.

The High-Level Forum on Space as a Driver for Socio-Economic Sustainable Development is being hosted by the UN and the United Arab Emirates in Dubai from 20 to 24 November. It is the first of three such gatherings that will be held through 2018 in order to raise awareness about the importance of outer space in promoting sustainable development as well as bringing together a range of international actors in order to coordinate peaceful cooperation.

In a conversation with the UN News Centre, Luc St-Pierre, chief of the UN’s Space Applications Section, spotlighted the ways in which space technology is galvanizing international cooperation and scientific progress. Mr. St-Pierre noted the importance of various space technologies, including satellite imagery, global navigation systems, and satellite communications, all of which are ultimately related to socio-economic development.

For example, space technology is instrumental in effective disaster management as well as in monitoring the effects of climate change. Following a hurricane or earthquake, satellite maps show the extent of damage and can help reduce the vulnerabilities that families experience in the wake of disaster or climate-related events.

“Satellite imagery can help monitor the changes, the evolution, the constraints, the risks that populations, infrastructure, and the environment face,” explained Mr. St-Pierre.

Luc St-Pierre explains how satellite technology can be used in emergency response to natural disasters, and the UN-SPIDER project during Nepal earthquake. Credit: UN News Centre

“By being better prepared, we can certainly reduce the vulnerability of families and the impacts of those disasters,” he added.

UN-SPIDER (Space-based information for Disaster Management and Emergency Response) enables the UN to use space technology in real-life humanitarian settings. The platform promotes the use of satellite data for emergency response and disaster management and develops partnerships and collaborations, particularly with developing countries.

In the case of the 2015 earthquake in Nepal, UN-SPIDER gathered and supported information from a range of actors who were producing maps, statistics, and lists of contacts. The platform provided a one-stop-shop for responders so that they could easily access data while working on the ground to save lives.

“We are developing collaborations to make sure that the information is discoverable and accessible by governments so that they have the capacity to develop their own plans and response strategy. We do that specifically with developing countries,” said Mr. St-Pierre.

Space is important to sustainable development,” he emphasized, “because it is a set of tools that help countries plan to reach the goals they have committed to and also measure their progress.”

♦ Receive daily updates directly in your inbox - Subscribe here to a topic.
♦ Download the UN News app for your iOS or Android devices.
outer space