The Cambodian Government must work in tandem with civil society groups and build its policies around citizens’ human rights, if the country is to see durable peace and sustainable development, a UN expert urged on Friday.

Speaking at a press conference concluding an 11-day visit to Cambodia, Rhona Smith, the Special Rapporteur on human rights in the country, said “good governance requires strong and open institutions that function according to human rights principles.”

“That means access to information, transparency, public participation in decision-making, the accountability of office-bearers and civil servants and access to justice, supported by a free press and vibrant, free and innovative civil society.”

She noted the relevance of SDG16, the UN Sustainable Development Goal focused on inclusive institutions, transparency and access to justice, explaining that it “provides a vehicle” to weave human rights into the country’s development strategy framework.

Following a widely-criticized general election in July, which many press reports said was marred by the banning of opposition, allegations of corruption and illegitimacy, Ms. Smith stressed the need for greater public participation in legal and policy decisions.

The country’s lack of speedy trials, and lengthy pretrial detentions were also a matter of concern for the expert, as she called for the release of Kem Sokha, leader of the recently-dissolved Cambodia National Rescue Party, who spent a year in pre-trial detention before being freed on bail in September of this year, facing charges of suspected treason.

“I call on the Ministry of Justice and judicial institutions to be more transparent in relation to their operations, to take more steps to combat corruption and to strengthen judicial independence and impartiality,” Ms. Smith said.

She also called for transparency regarding land rights. After visiting Kampon Chhnang province, where villagers are being transferred from sub-standard living conditions to permanent land sites, she said she had seen progress, but pressed the Government “to improve the ways in which it addresses the complex issues of land rights, through more transparency, fairness and by ensuring a holistic approach.”

Underscoring the role of human rights as central in achieving sustainable development, Ms. Smith said that “if Cambodia is to continue its path of sustainable economic growth, it needs Government that reflects the will of the people, institutions that respond to people’s rights, and people with the necessary skills, voice and access to services to participate actively in development and society. “

“The Constitution, human rights standards and SDGs provide the means to do so”, she added.

♦ Receive daily updates directly in your inbox - Subscribe here to a topic.
♦ Download the UN News app for your iOS or Android devices.
SDGs|Cambodia|human rights 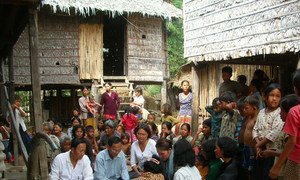 As Cambodians prepare to vote in general elections on Sunday, the United Nations Secretary-General issued a statement on Friday calling for “an inclusive and pluralistic political process” saying that it “remains essential for safeguarding the progress made by Cambodia in consolidating peace.” 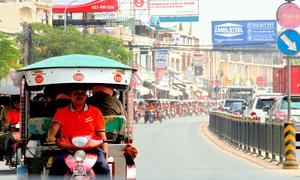